A suicide bomb attack on a Hezbollah neighborhood in Beirut and more clashes between anti and pro-Assad forces in Tripoli have left 12 dead and scores wounded as Lebanon continues on the path to the resumption of the 15-year old civil war that ended in 1990 with Syrian domination.

The bomb blast in the Hezbollah neighborhood of Haret Herek killed at least five people and wounded more than 45 others. It was the second attack in almost the same spot in the past week, and one retired Lebanese general told Al Jazeera, “We have to expect more and more operations against the public. Why are the public a target? Because they want to put direct pressure on Hezbollah to withdraw from Lebanon.”

An Al Qaeda linked terrorist group took responsibility for the suicide car bomb blast shortly before noon Tuesday. Witnesses said they saw a man deriving his KIA vehicle, with a stolen license plate, at high speed and “honking his horn like a mad man” seconds before it blew up.

Hezbollah is getting a taste of its own poison, facing suicide attacks that have been one of its favorite methods of terrorizing Lebanon, such as the savage attack that killed former Lebanese Prime Minister Rafik Harari and 21 others. Syria has been blamed for involvement in the car bomb explosion

In Tripoli, one person died and several others were wounded in gunfire on Tuesday, bring to seven the death since the most recent eruption of violence on Friday. Alawites, who back Syrian President Bassar al-Assad, and anti-Assad Sunni Muslim gangs fired mortar shells, rocket-propelled grenades and machine guns in fighting that raged through the early morning hours. At least six have been killed and more than 55 others wounded since Friday.

The United Nations Special Coordinator for Lebanon Derek Plumbly, commenting on the suicide bombing in Beirut, said  the explosion presents “a further deeply disturbing act of indiscriminate terror” and that “such acts cannot be justified and are contrary to the interests of all the Lebanese.”

The U.S. Embassy in Beirut, for what it’s worth, denounced the attack and offered its condolences to the victims and their families via Twitter.

It is nice that officials in the Obama administration know how to use social media, but they have been unaware of their failure to understand that the axis of evil has to be fought and not “engaged.”

The result now is the spread of civil war across Israel’s northern border, from the Golan Heights to the east and westward to the Mediterranean Sea.

The instability keeps the locals busy killing each other, which is fine as long as they don’t realize they could simply join forces and take out their anger on Israel. 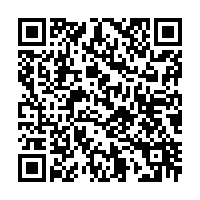