(JNS) Israel’s Ministry of Environmental Protection announced on Dec. 16 that it has halted a plan that would have allowed more oil tankers to enter the Gulf of Eilat, imperiling a major deal to transport United Arab Emirates’ oil over a “land bridge” from Eilat on the Red Sea to Ashkelon on the Mediterranean.

The pipeline deal, signed on Oct. 19, 2020, between Israel’s state-owned Europe Asia Pipeline Co. (EAPC) and MED-RED Land Bridge Ltd., a private Dubai-based company, calls for Israel to serve as an artery for Emirati crude to Western markets through an existing EAPC-run pipeline.


Hailed as the first major partnership to come out of the Abraham Accords, the deal quickly came under fire from environmental groups for allegedly posing a risk to the Gulf of Eilat’s coral reefs. The advocates argued the pipeline would lead to a higher rate of oil tankers arriving in the gulf, increasing the risk of spills.

“We blocked the entry of dozens of oil tankers into the Gulf of Eilat,” Minister of Environmental Protection Tamar Zandberg said in a statement on Dec. 16. “The State of Israel and the Gulf of Eilat will not become a bridge to oil pollution in an era of climate crisis.”

Zandberg said her ministry had presented “data and facts” to all the relevant ministries “and convinced them that there is no argument that could justify the expansion of EAPC activities for the transportation and storage of oil in the Gulf of Eilat.”

In the statement, the ministry included a Dec. 8 document, signed by the director-general of the Prime Minister’s Office, which said the government would not interfere with decisions about the deal reached by professionals in the relevant ministries.

“The minister, all of us from the professional echelon, made our position very clear. … I really hope our friends at the [pipeline company] will understand the meaning of it and will internalize it because we won’t move one millimeter from our position,” Rani Amir, director of the Marine Environment Protection Division of the Ministry of Environmental Protection, told JNS.

He said the ministry’s move is “a very meaningful environmental achievement,” as the pipeline deal would have increased the number of tankers visiting the port of Eilat by 30 to 35 times its current number.

“That is a danger that we, in the Environmental Ministry, are not prepared to accept,” Amir said. “From our point of view, this is the end of the story.”

However, Asaf Ben Levy, legal adviser to the Society for the Preservation of Nature in Israel (SPNI), one of three Israeli environmental groups that brought suit last May in Israel’s Supreme Court against the pipeline deal, told JNS that the Environmental Ministry may have declared victory too soon.

While the ministry has stopped oil tankers from visiting the Gulf of Eilat, the situation may prove temporary, Ben Levy said, either due to a change of leadership at the ministry or pressure from other ministries. He noted, for example, that the Ministry of Finance, in supporting the deal, argued that cancelling a contract may adversely affect Israel’s ability to do business with other countries.

Ben Levy’s main concern is that the Israeli government, in its response to the Supreme Court, didn’t come out clearly on the side of the environmentalists. “It was only a very theoretical, even academic reply, analyzing the legal situation in a very distant way,” he said. “It tries to keep neutral and not to decide one way or the other.”

In a statement provided to JNS, the Israeli pipeline company, EAPC, sought to make the best of the situation. “The clear and decisive position of the Ministry of Finance and the Government Companies Authority (a professional unit of the Finance Ministry) is that EAPC acted as expected of it in developing the company’s business activities with international customers, and that the agreement has significant geopolitical and economic benefits for the State of Israel and its citizens,” EAPC said.

EAPC rejected charges that it was neglectful of environmental considerations, saying the company is “committed to preserving the environment, the values ​​of nature and the sea, and will do so by all means at its disposal.” It said it would also continue talks with the Environmental Ministry.

Ben Levy, who will represent SPNI before the court, is optimistic his side will win. “When we submitted our case to the court in May, things looked very different. Nobody put any pressure on the EAPC. … So it is a very big step forward. It’s just not a victory yet.”

He said one possibility is that the UAE will walk away from the deal. “I’m not sure how long they’ll keep going with the contract before aborting it given its lack of existence in practical terms,” he said.

Amir, speaking on behalf of the environmental ministry, agreed that the UAE may put the final nail in the agreement. “There could be a situation where an agreement like this is cancelled because its partners will understand that the Ministry of Environmental Protection has made clear that there’s no feasibility for this kind of increased activity” at the Eilat port, he said.

What that means for the Red Sea ecosystem is an open question. In October, Globes reported that the UAE, concerned about the Israeli government’s waffling over the deal, was considering an alternate land bridge through Egypt.

If the report is accurate, it would mean the new potential route would run from the Egyptian resort of Taba on the Red Sea, only a short distance from Israel’s pipeline installation, leaving Israel’s coral reefs just as exposed to a potential oil spill — only without any upside for Israel.

“Establishing an alternative in Taba, in Egyptian territory, about 100 meters from the EAPC, demonstrates the magnitude of the absurdity,” the EAPC said in a statement at the time. “Israel’s citizens and the State of Israel will not enjoy the enormous economic, geopolitical and security benefits of the agreement and will not be able to monitor the Egyptian facility in the Gulf of Eilat.”

Ben Levy told JNS at the time that Israel should ignore such considerations.

“We cannot have a race to the bottom,” he said. “We cannot look at other countries and say that if they don’t meet our standards, then we should lower ours as well. The opposite should be the case.” 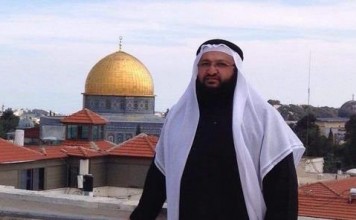 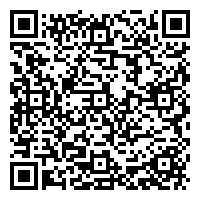