The Association France Palestine Solidarite (AFPS), a pro-Palestinian organization that has declared itself part of the anti-Israel boycott movement, is also involved in funding the activities of an organization tied to the Popular front for the Liberation of Palestine (PFLP) terror organization, TPS has learned.

AFPS describes itself as an organization that “brings together people committed to the right of peoples to self-determination” and works to “develop solidarity with the Palestinian people.”


AFPS supports the Union of Agricultural Work Committees (UAWC), an organization associated with the PFLP and which Samer Arabid is one of its leaders. Arabid lead the PFLP terror cell which murdered Rina Schnerb and injured her brother and father in a spring near Dolev in August.

UAWC hired Arabid even after he was convicted as a terrorist. He oversaw the UAWC accounts.

Similarly, Abed Razek Faraj, a PLFP member and a former convicted terrorist, managed the committee’s accounts. Bashir al-Hairi, president of the UWAC trustees board until 2011, was convicted for terrorism and served as a member of the PFLP’s political bureau.

The association between the UAWC and the PLFP is known and public: the UAWC held a ceremony in honor of “Solidarity day with the PLFP’s Secretary-General,” Ahmed Sa’adat who is imprisoned in Israel for his involvement in the assassination of Israeli Minister Rehavam Ze’evi.

The UAWC has commenced several construction projects in the past two years, including in Area C which is under full Israeli control, and contrary to the Oslo Accords. The AFPS has transferred to the UAWC a total of 160,000 euros intended for these construction projects.

The funds come from councils and municipalities all over France and from donor groups active in France and Belgium. French delegations have visited the Shechem area as part of the authorization of the building projects.

The PA thanked one of the head activists and donors’ Patrice Leclerc, mayor of Gennevilliers, by giving him a PA diplomatic passport and an “honorary citizen certificate.”

In a ceremony held about a month ago, PA Ambassador to France Salman al-Arfi, and Walid Asaf, the PA minister responsible for the struggle against Israel’s presence in Judea and Samaria, presented the passport and certificate to Leclerc.

Leclerc is active in BDS organizations and has granted a certificate of honor to Salah Hamuri, a BDS and PLFP activist who has been convicted for the attempt to assassinate the late Rabbi Ovadia Yosef. He has since been released as part of the Shalit deal in 2011.

Scrutiny of AFPS site, organization documents and social media accounts shows that the organization has dedicated itself to helping the PA in its takeover of Israeli land in Area C, to participating in campaigns to free incarcerated terrorists, and is active in the struggle against the security barrier and against Israeli construction in Jerusalem.

In the past, it has called on the French government to ban products made in Israeli companies in Judea and Samaria.

At a recent meeting in the Dheisheh camp near Bethlehem, its heads stated that their activity is “part of the boycott efforts against Israel, activities which have been found to be an effective pressure lever against the Israeli occupation.”

In July 2018, the Knesset’s ethics board prohibited Member of Knesset (MK) Yousef Jabarin of the Joint List to go on a lecture tour abroad with the French organization’s funding.

Israel has announced that it will prohibit the organization’s activities in Israel because of its actions in support of boycotts, but AFPS delegations are still working alongside the PA.

One delegation is working in Kfar Qarawat Bani Hassan, near Ariel, and “its activists ride in taxis to avoid IDF checkpoints so as to act in Area C,” one of the activists told TPS.

Other delegations are working in the Hebron area and still others in the Bethlehem area.

The Israeli Strategic Affairs Ministry has yet to respond to TPS’s inquiries on the issue. 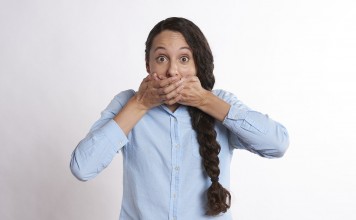 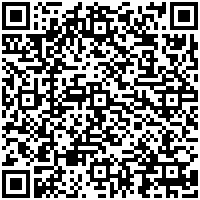