Prime Minister Benjamin Netanyahu on Sunday morning visited the Breuer religious elementary public school in Yad Binyamin, on the occasion of the start of the 5779 (2018-2019) school year.

A month and a half ago, many residents of Yad Binyamin marked the 13th anniversary of their expulsion from Gush Katif in the Gaza Strip, by the Sharon government in which Netanyahu served as a minister of finance.

Netanyahu was publicly against the expulsion, but voted for it on several occasions in the Knesset, until, a week before the actual deportation of some 8,000 Jews, he resigned from the government. It was these Jews and their children now Prime Minister Netanyahu addressed on Sunday.

“It started with terrible pain but the State of Israel and all the citizens of Israel worked together so that the people who were uprooted from Gush Katif would not be refugees in their own country. We absorbed them and they resumed their lives, their splendid lives. There are memories but there is the present and the future which have already changed, and this gives new life and great hope.”

Two years after the Gush Katif expulsion, Miriam Shapira and Dr. Shai Chen of the Education Ministry published a study of the condition of the evacuees, concluding: “Today, it is clear to everyone that the evacuation-deportation is still underway. There is no agreed pronoun [to describe the event], and semantics seem to reflect the strong ambivalence that still exists (evacuation and disengagement versus expulsion and deportation – Jni). The displaced population, including the children, is in a state of ongoing crisis, when it is not clear what will be the horizon of the rehabilitation of their lives as communities and individuals.”

Netanyahu referred to that chaotic state in his speech to the children of Yad Binyamin on Sunday:

“This is what we did in the State of Israel, even after we did something that I think should not have been done but happened – we dealt with the problem,” he said.

“And haven’t uprooted people come to us from all kinds of countries? Holocaust survivors who were torn from their land? From communities where they had lived in, in Lithuania – for 500 years, Poland – for 1,000 years. They were uprooted, survived and came here.

“Did we leave them to remain refugees? No, we absorbed them, from Arab countries as well. They were uprooted during the War of Independence. Hundreds of thousands of Jews who came here as refugees without anything; they left all their property behind. We did not let them remain refugees; we turned them into equal citizens, who contribute, in our state.”

“This is not what is happening with the Palestinians,” Netanyahu reached his anticipated conclusion. “There they created a unique institution, 70 years ago, not to absorb the refugees but to perpetuate their condition.”

“Therefore, the US has done a very important thing by halting the financing for the refugee perpetuation agency known as UNRWA,” the PM tipped his hat to President Donald Trump. “It is finally beginning to resolve the problem. The funds must be taken and used to genuinely help rehabilitate the refugees, the true number of whom is much smaller than the number reported by UNRWA. This is a welcome and important change and we support it.” 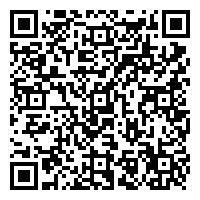