Early Monday morning, a group of residents from the south together with activists from the Zionist organization Im Tirtzu blocked the Kerem Shalom crossing into Gaza.


The group prevented dozens of trucks from delivering supplies into the Gaza Strip, in protest of the continuous rocket fire on the settlements of southern Israel.

“Enough is enough, we are sick and tired of this,” said Liana Peretz, one of the protest’s organizers who lives in Kibbutz Kerem Shalom.

“It is inconceivable that my kids need to wake up in the middle of the night and run to bomb shelters, or need to be afraid of balloons and kites. The time has come for the government to wake up and do something,” she said.

Alon Schvartzer, Director of Policy for Im Tirtzu, said that his group of activists had arrived to show solidarity with the people of the south.

“We cannot tolerate a situation in which residents in our country are subject to unrelenting acts of terrorism,” said Schvartzer. 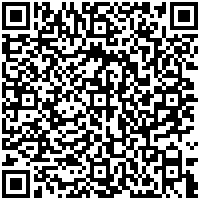