Prime Minister Binyamin Netanyahu has instructed the head of the National Security Council, Meir Ben Shabbat, to prepare to dock the Palestinian Authority for the cost of damages caused to farmers along the Gaza border by incendiary kites launched from Gaza.

The funds will come from the tax Israel collects on behalf of the Palestinian Authority under the terms of the 1994 Paris Accords signed between the sides as part of the Oslo Peace Accords. Israel collects some $150 million a month on imported goods, constituting some 75 percent of total tax collection by the PA.

The move follows weeks of cross border arson attacks using firebombs attached to kites, and kites doused in gasoline, set alight and then launched over the border, which have set thousand of acres of mostly wheat crops ablaze, causing millions of shekels in damages.

In a bid to put a stop to the arson attacks, Israeli farmers, backed by the Shurat Hadin Israel Law Center, plan to sue Hamas Gaza leader Yahya Sinwar and the terrorist organization’s political leader Ismail Haniyeh for damages at the International Criminal Court in the Hague. 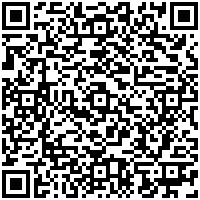