At approximately 3:40 PM on Saturday, a roadside bomb was detonated against an IDF military force moving near the border fence of the southern Gaza Strip. Two IDF soldiers were seriously injured and two others were moderately and lightly injured. The soldiers were evacuated to the hospital for medical treatment and two seriously wounded soldiers are undergoing surgery.

Large IDF forces were dispatched to the scene, and shortly thereafter, the IDF attacked an Islamic Jihad post near the fence on the Gaza side, near the point where the bomb had been detonated.


The IDF clarified that the incident had taken place near the fence, so that there was no terrorist threat to Israeli settlements in the Gaza vicinity and there were no special instructions given to local residents, including the thousands of visitors who were in the area to celebrate the Red South festival.

On Friday, during an Arab riot near the border fence, which takes place almost every Friday, a terrorist force took advantage of the confusion to approach the border and bury the explosive charge right next to the fence, opposite Ein Hashlosha.

The same terrorists apparently hung up a flag on the fence in order to draw IDF forces to that point and then detonated the bomb.

Arab sources report in the evening that the IAF attacked 3 locations in Gaza, two belonging to Hamas, and an open area.

Darom Adom (Red South) is an annual festival, held from mid-January to the end of February, during the blossoming season of the Calaniot (Anemone Coronaria) in the northern Negev region of Israel. 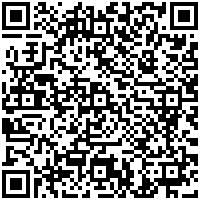