Agricultural and environmental arson terror attacks against Israel by Hamas are continuing unabated despite efforts by Egypt to secure a cease fire, and goodwill gestures to support that effort by Israel.

At least six fires were started in southern Israel by incendiary balloon attacks on Tuesday alone, with nearly that many just a day earlier.


On Tuesday, a massive fire was caused by incendiary balloons landing in the Gvar’am Forest, in the Ashkelon Coastal Region.

Dozens of acres of beautiful forest land was destroyed in the blaze as firefighters spent hours battling the flames. In addition, two firefighting aircraft from the El’ad Firefighting Squadron were summoned in order to help contain the fire and keep it from spreading any further.

Another fire broke out Tuesday evening next to Kibbutz Mefalsim in the Sha’ar HaNegev Regional Council district.

Earlier in the day, a fire broke out in Moshav Tekuma in the Sdot Negev Regional Council district, also started by an incendiary balloon.

A smaller fire – also ignited by incendiary balloons – broke out in the Eshkol Regional Council district, according to a spokesperson for the Israeli Fire and Rescue Services. 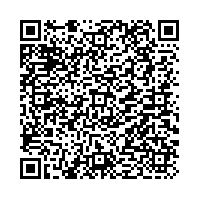