For the first time in 15 years, Israel’s Higher Planning Council for Judea and Samaria approved permits for an apartment house of 31 units in Hebron’s already-established Hezkiah Quarter.

The building will become Hebron’s first new modern Jewish building in six years, and comes in the face of intense pressure from the United States to delay the project.


It is also – to be blunt – a clear response by Israel’s government to the recent move by the United Nations Educational, Scientific and Cultural Organization (UNESCO) to approve Hebron’s Old City as an “endangered Palestinian World Heritage Site,” and “the fact that residents of Hebron have elected as their mayor a terrorist convicted of murdering Jews, who was released as part of the Jibril deal,” as Justice Minister Ayelet Shaked said earlier this month.

The Jewish community of Hebron welcomed the approval in a statement that said, “Building of the City of the Patriarchs by the Israeli government is a Zionistic, just, necessary and blessed step.” The community thanked Prime Minister Benjamin Netanyahu and other government officials involved in the approval.

“Upon receiving the building permits for the Hezkiah Quarter, we thank the prime minister, government ministers, Knesset members and all public figures who worked with determination and dedication together with us to promote this construction,” the statement continued. “We ask everyone to ensure that the construction is indeed carried out without delay.”

In addition to the 31 housing units the complex is to include offices for social services, kindergarten and nursery facilities, and more.

The Hezkiah Quarter is already home to the Hebron Yeshiva, as well as six families who reside in pre-fab homes.

Building permits were issued Monday for the planned neighborhood, officially to be called the Hezkiah Quarter of Hebron.

That doesn’t mean that all the red tape is finally untangled, neatly tied up with a bow. Construction is still a long way off. And appeals can be — and likely will be — filed at each step along the way.

The Arab municipality of Hebron plans to challenge the project in Israel’s Supreme Court with the claim that it is the sole authority in the city over construction projects and land allocation.

That claim comes in contradiction of the recent decision by the Israeli Defense Ministry to authorize a separate Jewish municipal committee to administer and attend to the needs of Hebron’s Jewish community – in effect, legally separating the Jewish community from the rest of the city. Israel’s Justice Ministry also made a determination that any claim by the Arab municipality over property owned by the Hebron Jewish community is null and void.

Monday’s meeting of Israel’s Higher Planning Council for Judea and Samaria was the first of a three-day marathon: the Civil Administration has yet to review hundreds of other permits over the next two days, and is expected to approve most, including nearly 300 in the town of Beit El. 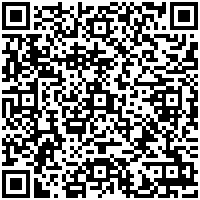