In early September, according to a Guardian report, the PA security forces arrested Issa Amro of Hebron, a prominent human rights activist, founder of Youth Against the Settlements, for supporting on his Facebook page journalist Ayman Qawasmeh, who had called on Chairman Mahmoud Abbas to resign. The arrest was part of a growing PA campaign of incarcerating Facebook users who are critical of the government in Ramallah.

But according to journalists Nadim Nashif and Marwa Fatafta, writing in Open Democracy, the PA campaign pales in comparison with the IDF’s efforts to identify and arrest suspected terrorists based on their online activities. According to the authors, since 2015, Israel has detained about 800 PA Arabs over subversive content they posted online.


Nashif and Fatafta suggest that Israeli intelligence has developed a predictive policing algorithm which analyzes social media and identifies suspects. The algorithm program monitors tens of thousands of Facebook accounts based in the PA, in search of elements such as photos of terrorists killed or jailed by Israel. It also monitors the activity of relatives, friends, classmates, and co-workers of recently killed terrorists. It then assess their potential risk.

Predictive policing uses data on the times, locations and nature of past crimes, to provide insight to police strategists concerning where, and at what times, police patrols should patrol, or maintain a presence, in order to make the best use of resources or to have the greatest chance of deterring or preventing future crimes.

Clearly, what is an obstacle in Los Angeles works just fine for Israeli security, which has no problem identifying an entire population segment as potential terrorists. 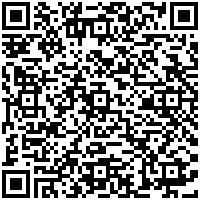