The Civil Administration in Judea and Samaria and dozens of policemen arrived Monday morning at Givat Oz Zion in Binyamin to evacuate its two families, a group of young men, and a yeshiva, and demolish the structures.


It should be noted that Oz Zion is surrounded by illegal Arab villages that never received permission to build in Area C which is under Israeli control according to the Oslo agreements. Local residents told reporters Monday morning: “Hundreds of illegally built Arab homes are scattered around us, but Bennett and Shaked choose to demolish Jewish property. There is now a real battle over Judea and Samaria, but we do not intend to give up and we will continue to fight for the future of the Land of Israel,” they declared.

Two residents chained themselves to the floor in one of the homes slated for demolition but the cops eventually released them.

This is the sixth act of destruction perpetrated by the Bennett government against Jewish outposts in Judea and Samaria since the murder of Yehuda Dimentman on Dec. 16, 2021.

The Honenu legal aid society reported that three Jews were detained during the evacuation of Oz Zion, and they have been assigned attorney Nati Rom to assist them. One of the detainees was arrested with severe police violence, with police threatening to use a taser gun against him even though he showed no resistance to being arrested.

It appears that the security apparatus is planning to demolish several other outposts on Monday.

Otzma Yehudit Chairman MK Itamar Ben Gvir said in a statement: “Bennett’s and Gantz’s lust for the destruction of outposts is bottomless. This is the same Israeli government that would not demolish [illegal Bedouin outposts] the Negev and passes an electricity law to serve lawbreakers. This government is fighting only Jews.” 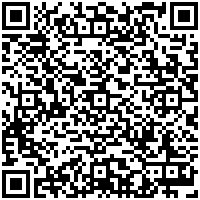