A coalition of leading Zionist groups in Israel on Wednesday groups held a joint press conference in which they called on Prime Minister Benjamin Netanyahu to proceed with the dismantling of the illegal outpost of Khan al-Ahmar.

According to Im Tirtzu, Regavim, My Israel, Women in Green, and others, they are concerned that the Netanyahu government will soon disband and the court-sanctioned evacuation of the outpost will be postponed indefinitely.

“A strategic point in the State of Israel has been, seized, for all intents and purposes,” said Im Tirtzu CEO Matan Peleg who opened the press conference. “This land seizure took place in broad daylight, without the use of weapons – rather, it was done via political tools of the Palestinian Authority and European governments.”

“Khan al-Ahmar is a case study,” Peleg continued, “and if we fail because our eyes are focused squarely up north on Iran and Hezbollah, then other hostile political maneuvers like this will occur against the State of Israel under our very noses.”

Yishai Hemo, Field Coordinator for Judea and Samaria for Regavim, said that “Khan al-Ahmar is the cornerstone for the establishment of a Palestinian state on the doorstep of Jerusalem.”

“And it is for this reason,” continued Hemo, “that the Palestinian Authority and the European Union pour enormous sums of money into defending it.”

Attorney Eran Ben-Ari, an expert on the law of Judea and Samaria, said that Khan al-Ahmar is a watershed decision in upholding the rule of law.

“The state promised the Supreme Court that it would evacuate the outpost in June 2018, and for six months already it has been in breach of its own commitment. The damage caused by the prolongation of this situation vis-à-vis the court and the Palestinian Authority will be irreversible,” said Ben-Ari.

Gil Bacher, head of the Jerusalem Envelope Forum, said: “For ten years already, the government has been promising to dismantle Khan al-Ahmar, only to retreat under international pressure. Now, the danger is that this ‘evacuation’ would legalize this pirate outpost by giving it a cosmetic makeover and moving it mere yards away.” 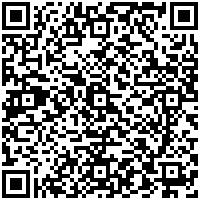