On Thursday, Palestinian Authority spokesman Nabil Abu Rudainah denounced calls on Chairman Mahmoud Abbas to finally issue a decree on holding legislative and presidential elections, regardless of whether Israel would allow Arab residents of eastern Jerusalem to vote in the city.

Abbas was elected on January 9, 2005, with 62% of the votes in Judea, Samaria and the Gaza Strip, to replace the deceased chairman, Yasser Arafat. That was the last time the Arab residents of these areas voted for chairman. In two weeks, Abbas will reach 15 years at the helm based on a single election. For comparison, Benjamin Netanyahu, Israel’s longest-serving prime minister, has only accumulated 13 years on the job, through six elections, going on seven (two of which did not result in a decision).

On November 11, Abbas said there would be no new elections unless they include eastern Jerusalem and the Gaza Strip. On November 26, Hamas agreed to participate in elections and also declared it won’t accept the exclusion of eastern Jerusalem from the vote. Abbas announced in early December that elections would take place in a few months, and on December 10, the Palestinian Authority asked Israel to allow eastern Jerusalem residents to vote in their neighborhoods.

Israel has yet to respond, its politicians facing their own election problems. The PA election dilemma touches on two issues: security – with anticipated clashes between Hamas and PLO activists leading up to the election; and sovereignty – how can Israel permit a mass vote for an outside entity on its own soil?

But the problem is not Israel and certainly not eastern Jerusalem. The fact is that neither the PLO nor Hamas are ecstatic about going to the voters this time around. Neither group wants to see its real power being measured in real votes, nor do they wish to offer an unknown, pro-democracy outsider, and there are plenty of those, especially among the PA business class, an opportunity to rise to the top or even just get an impressive showing at the ballots.

And so, both groups have been holding on to the Jerusalem vote as a surefire way of avoiding a date with reality.

Or, as Abu Rudainah put it on Thursday: “The call by some parties for holding elections away from Jerusalem is an attempt to relinquish one of the Palestinian national constants and a sign of support for the Israeli occupation that is trying to Judaize the holy city.”

And so, the 85-year old Mahmoud Abbas will soon begin his 16th year on the throne without a vote, and that seems to be just fine with the powers that be in both Ramallah and Gaza. 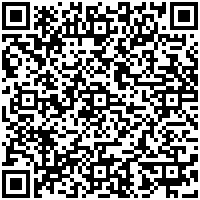