Former IDF soldier Elor Azaria has won a compromise, of sorts, in his appeal to IDF Chief of Staff Gadi Eizenkot, who on Wednesday reduced the former medic’s prison term by four months.

Azaria was sentenced to 18 months for shooting and killing an injured terrorist who together with an accomplice in March 2016 had already stabbed a soldier in an attack in Hebron.

The second terrorist was dead, having been shot and killed by other soldiers. Azaria reached the scene after both were already neutralized; but one was still alive and lying on the ground. At that point, the young soldier walked over to the wounded terrorist and fired his gun, ending his life.

“Your conduct was unacceptable and was contrary to the army’s command and values of the IDF,” wrote Eizenkot in response to Azaria’s request for clemency. However, he added, “I found it appropriate to weigh considerations of kindness and mercy, taking into account his past as a combat soldier in the operational arena.”

Regardless, in his statement Eizenkot also reprimanded Azaria for the fact that he “didn’t take responsibility for your actions, and that you never expressed regret.”

Azaria thanked the Chief of Staff in a written statement upon receiving the news of his response, which he heard during a visit from his family.

“I am grateful to the Chief of Staff for reducing my sentence,” the former soldier said. “He says that he decided to do it out of kindness and mercy, something which God gave to each and every one of us. With that, I regret the Military Advocate General recommended to the Chief of Staff not to shorten my sentence by even one day. Our enemies, it must be remembered, have no kindness or mercy. They are murderous and hateful.”

Azaria began serving his sentence this past August at Military Prison Number Four. 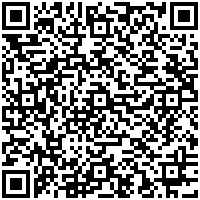