The International Criminal Court in the Hague has initiated a significant and unprecedented step towards an investigation against Israel, calling on the “victims of the situation in Palestine” to approach the court with reports about crimes committed against them, Kan 11, Israel’s Public Broadcasting Corporation reported Saturday night.

This is a precedent-setting step, according to Kan 11, since the claims made by the Palestinian Authority against Israel are only at the preliminary stage of examination. The court initiated the appeal and called on the victims to share the crimes that have harmed them. Ostensibly, Israelis can also apply to the court, but this does not appear to be the intention of the court, seeing as it is seeking reports of violations in “Palestinians.”

The ICC website lists 10 countries where it is investigating violations of international law, one of which is “Palestine,” where the court’s focus is described as “Alleged crimes committed in the occupied Palestinian territory, including East Jerusalem, since June 13, 2014.”

The same website describes the preliminary examinations conducted by the ICC, saying, the Office of the Prosecutor of the International Criminal Court is responsible for determining whether a situation meets the legal criteria established by the Rome Statute of the International Criminal Court, in force since July 1, 2002, to warrant investigation by the Office. To this end, the ICC prosecutor conducts a preliminary examination of all communications and situations that come to its attention based on the statutory criteria and the information available.

Once a situation is identified as meriting the court’s involvement, the prosecutor considers whether the ICC has jurisdiction over the case, the case’s admissibility, and what the website calls “the interests of justice.”

On May 22, ICC Prosecutor Fatou Bensouda issued a statement saying, “I received a referral from the Government of the State of Palestine (‘Palestine’), a State Party to the Rome Statute, regarding the situation in Palestine since 13 June 2014 with no end date.”

It should be noted that it was the prosecutor Bensouda who in the past rejected a similar appeal from the PA, advising them to first sign on to the Rome treaty, so that the court could legally take up their complaints. Now that they have complied, the ICC is free to refer to the imagined entity State of Palestine, despite the fact that it does not exist on the actual planet Earth.

“Since January 16, 2015, the situation in Palestine has been subject to a preliminary examination in order to ascertain whether the criteria for opening an investigation are met. This preliminary examination has seen important progress and will continue to follow its normal course, strictly guided by the requirements of the Rome Statute,” Prosecutor Bensouda stated.

To date, no attempt has been made by the ICC to receive Israel’s response, according to Kan 11. Unlike the Palestinian Authority, Israel is not a member of the ICC. At the moment, even without having taken any step towards declaring an official investigation, the ICC has already cast an intimidating shadow on the decision-making process by the Israeli government and the IDF regarding the most essential action required to restrain Hamas aggression alongside the Gaza Strip border. 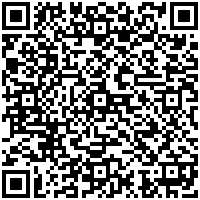