Israel’s Health Ministry on Wednesday urged the government to convene on Thursday to decide on the purchase of vaccines worth NIS 3.5 billion ($1.05 billion) and to approve another budget increase for the ministry at a similar cost. In total, the ministry demanded to discuss the infusion of seven billion shekels ($2.1 billion) into the health system, Kan 11 reported Thursday night.

The Health Ministry would not say why tens of millions of new vaccines must be purchased at such a cost when most of the population in Israel has already been vaccinated and the ministry is in possession of millions of vaccines and is under contractual obligations to receive additional vaccines.


The report also mentioned that the ministry wants government ministers to sign a Non-Disclosure Agreement (NDA), prohibiting them from discussing the issue in public.

“The hospitals in the Palestinian Authority are filling up with Corona patients, and according to the Minister of Health there, their occupancy has reached 110%. The lockdown and additional restrictions were extended until next weekend. The Gaza Strip has been experiencing the beginning of a second wave in recent days, and Hamas has not ruled out imposing restrictions. At the same time, the PA is trying to obtain more vaccines in every way.

Responding to the Israeli health ministry’s demand to convene the cabinet, Defense Minister Benny Gantz demanded explanations, among them: why is it necessary to purchase so many vaccines now – but as not answered. However, it was agreed that the ministers would receive a preliminary preparation document – except that no such document has been sent yet. A cabinet meeting was finally scheduled for the coming Monday, after the seder.

But sources involved in the matter say that until the agenda is set for Monday’s meeting, it is not at all certain that the ministry’s demand will reach the cabinet for approval.

The Health Ministry would not say why such a large amount of vaccines is required, saying that “due to confidentiality agreements and commercial confidentiality we will not be able to address this issue.”

While the third Corona wave in the West Bank is at its peak, probably due to the British mutation, over the last ten days, the Gaza Strip has been experiencing the onset of another wave of the pandemic. These waves of infection come at a time when the Palestinian Authority has been trying every which way to obtain additional vaccines. Meanwhile, those efforts are not bearing fruit. The latest vaccines received by the PA were 60,000 units from the World Health Organization’s project distributing vaccines to developing countries. The Palestinian Authority expects that in the coming days, tens of thousands of vaccines made in China will be sent to them.

However, according to a WAFA report citing Minister of Health Mai Alkaila on Thursday, “13,499 people have been inoculated against the coronavirus in the West Bank, and 15,986 people in the Gaza Strip.”

Aren’t there some 5 million people living there?

Alkaila said 205 corona patients were getting treatment in intensive care, among whom 69 are on ventilators.

Israel recorded only 477 new patients on Thursday, based on 45,000 tests. There are 484 Corona patients in serious condition in the country, including 212 on ventilators. 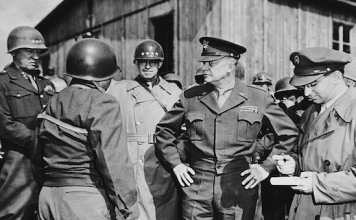