The head of the Jordan Valley Council David Elhayani warned on Tuesday that he is “formulating an emergency plan which at its core is a plea to the Palestinian Red Crescent for help,” as Magen David Adom (MDA) is about to strike its tent and leave his council area.

Next Sunday, March 1, MDA will shut down its station which serves residents south of Beit She’an, all the way down to the Dead Sea, a distance of over 100 kilometers.

The Jewish Press Online contacted the MDA spokesperson, who issued the following explanation:

“For 20 years, the state has been funding the operation of ambulances, intensive care vehicles and MDA stations in order to provide an increased emergency response in Judea, Samaria and the Jordan Valley. At the beginning of the year, the government announced a significant cut of 5.5 million shekel ($1.5 million) from this budget.

“Despite the fact that the MDA management contacted the government and the authorities in Judea and Samaria to receive the necessary funds for the continued operation of the EMT launching points in the increased format, the government announced that the budget would be cut in spite of this and instructed MDA to prepare accordingly.

“Unfortunately, as a result of this, MDA has been forced to reduce its activity in these areas, in collaboration with the security coordinators in Judea and Samaria and the medical personnel of the IDF Central Command.

“As soon as the state transfers the required budget, the activity will return to the series.

“We regret that the leaders of Judea and Samaria choose to strike at MDA, which is working tirelessly to save lives, instead of who is responsible for passing the budget.”

According to Elhayani, the cutbacks would mean, among other things, no emergency medical response to future accidents on Route 90, Israel’s most dangerous highway.

The shutdown will also terminate the access of thousands of residents of the Jordan Valley and its environs to emergency medical services.

Elhayani says he would find in the Red Crescent “an attentive ear and protection for the lives of Israeli citizens traveling on Route 90. The Ministry of Health and MDA are abandoning us.”

“This decision is puzzling and incomprehensible,” Elhayani said. “Every year, millions of Israeli citizens take this road from the north to the south. We have experienced, unfortunately, dozens of accidents each month which, without MDA’s care, would have ended in the loss of lives.”

In a conversation with The Jewish Press Online, Elhayani said that MDA’s decision comes after Israel’s Health Ministry, under Deputy Minister Yaakov Litzman (United Torah Judaism) has yet to transfer two million shekels ($553,000) to MDA, in order to continue operating the station.

The cuts will include the cancellation of medical services at night, and the complete termination of an intensive care ambulance, staffed by professional paramedics.

Elhayani warned that the situation in which the residents of the Jordan Valley are prisoners of the government’s impetuous rule cannot continue. According to him, the Health Ministry, which is supposed to transfer 5.5 million shekel ($1.52 million) a year to emergency medical services for the residents of Judea and Samaria, approves this budget anew each year, instead of including it as a regular part of the healthcare budget.

“We are tired of fighting for this budget every year,” said the council head. 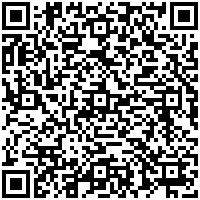