The Knesset plenum on Wednesday night approved in a preliminary reading the law prohibiting the hoisting of Palestinian flags in state-supported institutions. On the coalition side, the bill, submitted by Likud MK Eli Cohen, was supported by Yamina, New Hope, and Israel Beiteinu. As was expected, Meretz and Raam voted against it. Labor and Yesh Atid abstained. In Blue & White, only MK Miki Levy supported the bill.

Incidentally, according to Kan 11 News, Foreign Minister, Alternate PM, and Yesh Atid Chairman Yair Lapid sent calming messages to the leftists and Islamists in the coalition not to worry, the bill was not going anywhere, it will die, or at least enter deep freeze in committee. They already knew, by the way: the bill was sent for further debate and amendments to the Constitution, Law and Justice Committee, chaired by Labor MK Gilad Kariv, where it won’t see the light of day until a right-wing government takes over, God willing.


Earlier, a riot broke out in the Knesset plenum before the vote on the Bereaved Brothers bill, when Joint Arab List MK Ahmad Tibi served as Deputy Speaker of the House. When MK Orit Strock was speaking, Tibi yelled in response that there was a terror supporter in her own party, Religious Zionism. To take a wild guess, he meant MK Itamar Ben Gvir. In response, MKs Bezalel Smotritch, Ben Gvir, Simcha Rothman, and others began calling Tibi a “terrorist” and walked up to the speaker’s podium demanding that Tibi be removed from running the plenary debate. They called: You were Arafat’s adviser. The blood of Jews is on your hands.

For the record: following the signing of the Oslo Accords in 1993, Tibi was appointed Yasser Arafat’s adviser on Israel affairs (Arafat had been appointed chairman of the Palestinian Authority by Yitzhak Rabin’s Labor-Meretz government). In November 1996, Tibi stated regarding his relationship with Arafat: “All my moves are carried out on his instructions. I believe he has faith in me, and I hope I justify this faith.” In 1998, Tibi served as the spokesman for the PLO delegation to the Wye Plantation summit. So, yes, if you work for terrorists and counsel terrorists, you must be, you know, a terrorist.

The Bereaved Brothers bill attempts to correct the fact that the state does not recognize the special status of the brothers and sisters of fallen soldiers – compared to their spouses, parents, and children. After returning to the plenum to vote, MK Rothman accused coalition members: “You let a terrorist supporter run a meeting that deals with bereaved brothers.”

MK Smotrich said, “Tibi repeatedly uses the position of deputy speaker to interject his views and attack Knesset members. For four years I sat in that chair with great reverence and it never occurred to me to behave this way. The fact that [House Speaker] Mickey Levy is letting him continue to run the plenum is a disgrace that tramples on what remains the Knesset’s dignity. Do not dare preach to us anymore about respect to the state.” 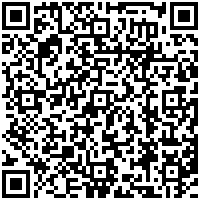