While residents of the Netiv Ha’Avot neighborhood nearby were demonstrating against Prime Minister Benjamin Netanyahu’s visit to Beitar Illit for a cornerstone laying ceremony in the city (Beitar Beleaguered Burghers Boo Bibi), Netanyahu’s chief of staff Yoav Horowitz visited Netiv Ha’avot along with the head of the Gush Etzion regional council, Shlomo Ne’eman, as well as Ami Gvirtzman, a resident of the neighborhood, and Secretary-General of Amana Ze’ev (Zambish) Haver, who is also a local resident.

They visited the home of a local family, one of the 17 homes the High Court of Justice has ruled must be demolished within a few months, and the chief of staff toured the house only to realize the absurdity of demolishing an entire house in order to eliminate a three-foot extension that’s on private land.


“Only after seeing these houses do I understand the magnitude of the absurdity,” Horowitz said, adding, “I am going to fight for Netiv Ha’Avot as if this is my own home.” He also stressed that the initiative for his visit came from the prime minister, who intends to deal with the issue.

Ami Gvirtzman told the PM’s chief of staff that “the residents of Netiv Ha’Avot are demanding action from the Prime Minister, not talk. Legislation should be enacted to delay the demolition, promoting the regulation and construction of state-owned land in the Netiv Ha’Avot neighborhood at the heart of Gush Etzion – the sooner the better.” 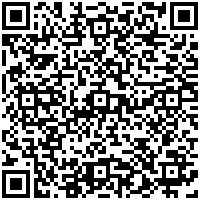