Initial details that have emerged from the investigation of the terrorist attack in which First Sergeant Yuval Mor Yosef, 21, from Ashkelon, and Sergeant Yosef Cohen, 19, from Jerusalem, were murdered near Givat Assaf in Binyamin, suggest the PA terrorist fired from very close range. The terrorist squad escaped from the scene after stealing the personal weapon of one of the fighters who was murdered.

The defense establishment is examining the possibility of revoking work and entry permits from the relatives of the terrorists who participated in several terror attacks this week. In discussions held by Prime Minister and Minister of Defense Binyamin Netanyahu, he directed the security apparatus to take a series of steps, including an increase in administrative detentions of Hamas activists in Judea and Samaria, placing more check points on area roads, and regulating the status of thousands of homes against which there are pending claims of full or partial Arab land ownership.

Netanyahu conveyed a firm message to Hamas: “There will be no ceasefire in Gaza concurrent with the use of fire in Judea and Samaria.”

On the day after the deadly attack at the Givat Asaf junction, the doctors continue to fight for the lives of the fighters who were shot by terrorists. One of them, who sustained a bullet in his head, is in the intensive care unit of Hadassah Ein Kerem Medical Center.

“After undergoing surgery on his head, he is now in the intensive care unit and is in mortal danger,” the medical institute said.

A woman from Beit El who was also shot in the attack is hospitalized in Shaare Zedek Medical Center in Jerusalem. Her condition has improved after she underwent surgery and she will be moved to a regular ward on Friday.

About 1,000 demonstrators took part in a protest rally in Jerusalem’s Paris Square Thursday, where Chaim Silberstein, father of Shira Ish-Ran who was shot this week and grandfather of the murdered baby Amiad Yisrael, addressed PM and DM Netanyahu in the name of the entire family, saying: “Will our sweet child remain only a statistic? Will he constitute just one more line added to the account of the victims in our struggle for our people and our land?”

Twenty two demonstrators, including minors aged 15 and 16, were arrested by the police after a protest march on Route 60 in the village of Singil, between Ofra and Shilo, in Binyamin. They were brought to the Binyamin station and a few hours later released.

Honenu Attorney Nati Rom, who arrived at the police station, said that it was an illegal detention, executed on such a difficult day, instead of allowing for and containing the incident.

“The Israel police used severe violence in pushing the detainees into vehicles with their legs up and their heads down while ripping their clothes, severely beating minors and violating the Youth Law. It should stop, especially on such a day.”

On Thursday and overnight Friday, IDF and Border Police operated deep inside Palestinian Authority territory in order to increase the pressure on the terror cell members, but no arrests have been made yet.

The security apparatus fears a new wave of terror attacks following the success of the two shooting attacks this week. Accordingly, hundreds of reinforcements were deployed in the regional divisions of the IDF.

Freedom of movement for the PA Arabs is being maintained on the main and common roads throughout Judea and Samaria, while occasional checkpoints have been deployed from time to time, mainly in the Ramallah area, as part of the partial siege imposed on the city to make it difficult for the murderers to escape.

Hundreds of Arabs clashed with IDF forces hunting for the terror squad members near Al Bireh in the Ramallah area. IDF forces used anti-riot measures against the rioters. An IDF soldier was lightly injured in a terrorist attack near al-Bireh, when the terrorist, a 60-year-old resident of the village of Arabeh near Jenin, was shot to death. One soldier was slightly injured from a stone that hit his face. 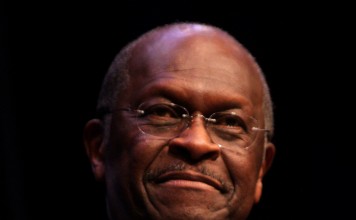 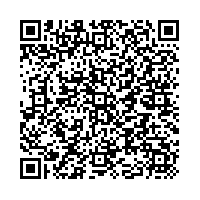