Only three and a half months after moving its embassy to Jerusalem, Paraguay’s foreign minister Luis Alberto Castiglioni told reporters on Wednesday that his country had decided to return the embassy back to Tel Aviv.

“Paraguay is interested in contributing to the expansion of diplomatic efforts in the region in order to achieve a broad, stable and sustainable peace in the Middle East,” Castiglioni said, signaling that there’s a new sheriff in town when it comes to Paraguay-Israel relations.


President Horacio Cartes, a close friend of Israel, was behind the embassy move that marked his country’s celebration of Israel’s 70th anniversary. During Cartes’ tenure, Paraguay radically changed its voting patterns at the UN to favor Israel, and its relationship with Israel reached a peak of cooperation.

Except that Cartes was aware of the fact that the end of his reign was near and even expressed his hope that the embassy move be completed by August. Because on August 15, he was replaced by Mario Abdo Benítez, a fellow member of the conservative Colorado Party, who won the 2018 election.

The Palestinian Authority issued a gleeful statement on Wednesday, saying that “this decision was in line with international resolutions and was the result of the wise and vigorous Palestinian diplomatic efforts to explain the dangers of the transfer of embassies to Jerusalem on the peace process in the Middle East and the establishment of the independent Palestinian state with Jerusalem as its capital.”

The PA statement also stressed that “this courageous move by the Paraguayan government is an example for all countries in facing Israeli greed and attempts by the American administration to impose it on the world when it moved its embassy to Jerusalem in the so-called deal of the century.”

The prime minister’s office was furious at the announcement and issued a statement saying that “Israel views with great severity the exceptional decision of Paraguay that will cloud relations between the two countries.”

Prime Minister Benjamin Netanyahu instructed the Foreign Ministry to close the Israeli embassy in Asuncion and return the ambassador for consultation.

The Paraguayan embassy’s transition schedule is not yet known. 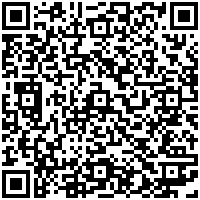