President Reuven Rivlin warned during a memorial ceremony marking the anniversary of the passing of Ze’ev Jabotinsky on Sunday that the acts of terror and violence “on and off the mountain so holy to Jews and Arabs, must be condemned, and must be stopped.”

Rivlin laid a wreath and delivered an address at the memorial ceremony, which marked 77 years since Jabotinsky’s passing, and the 66th year since the passing of Johanna Jabotinsky. The ceremony was also attended by Prime Minister Benjamin Netanyahu and other officials.

In his opening remarks, President Rivlin referred to the murderous terror attack that took place in Halamish on Friday night.

“At this very moment, the beloved Salomon family, Yossi, Elad and Chaya are being laid to rest,” Rivlin said. “Yossi, Elad, and Chaya, who were marking the arrival of another child to their family, were brutally murdered at their Sabbath table.

“Our hearts, the hearts of all the people of Israel, are with the Salomon family and the community of Halamish at this difficult time. The heart breaks at such moments of mourning and turmoil, but it is impossible for public representatives and elected leaders to be silent.

“The acts of terror, the violence on and off the mountain so holy to Jews and Arabs, must be condemned and must be stopped,” the president warned.

“I send my condolences, and those of all the people of Israel, to the families of those murdered, and I want to offer strength and support to all the security forces, the IDF, the ISA (Shin Bet) and the Police, who are working day and night to protect the people and the land.” 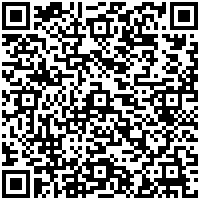