Interior Minister Ayelet Shaked (Yamina) announced on Wednesday that she plans to submit the citizenship law to a Knesset vote next week, and called on the opposition to support it. The law, which must be renewed every year, denies the granting of citizenship or the status of a resident of Israel to residents of the liberated territories who marry Israeli Arabs. The annual renewal is coming up in less than three weeks.


The law still permits the interior minister to decide on a case-by-case basis whether to grant residency or citizenship on humanitarian grounds.

According to Kan 11 News, Minister Shaked said in a closed conversation: “We will see if the Likud dares to vote against a law that prevents Palestinians from entering Israel as part of a family reunification.” That’s because voting down her renewed law would cut into future attempts by the Likud to embarrass the new government with right-wing initiatives after they themselves had torpedoed a clearly right-wing legislation.

It’s going to be like this for the next four years, folks, bring sandwiches.

Without support from the opposition, Shaked will have to somehow convince Ra’am, the Arab member of her government, to abstain during the vote. One idea that’s been bandied about was to add a special clause permitting PA Arabs to stay with family in Israel while receiving medical treatment.

Meanwhile, the coalition will try to transfer the debate on renewing the law from the special committee for Arab society—chaired by RA’AM’s Mansour Abbas—to the Foreign Affairs and Defense Committee.

The law has been extended every year since 2003 with the support of all the right-wing parties. But now the Likud and the Haredim sent a message to the Bennett-Lapid coalition that the right-wing bloc would vote in favor of extending the law only if the coalition supports a law to regulate the young settlements, which is code for “illegal outposts.” This is one of the many ways the right is planning to embarrass PM Bennett who will not receive the support of his coalition partners from Meretz and Labor for such a bill.

Likud whip MK Miki Zohar set the message straight on his party’s willingness to kill decidedly right-wing legislation if it helps bring down the government. “Until now, the ‘change’ coalition did not think there was a problem in a government of this kind and they thought it would work out, under the auspices of Bennett’s desire to be prime minister. But they have forgotten that such a government is impossible and they will now receive proof why a right-wing government is needed.”

Interior Minister Shaked said that the vote on the reunification law would take place no matter what next week, and as far as she is concerned, it would pass, too.

“This is a life-saving law that preserves the character of the state, not a law you can play with,” she told Likud members in conversations throughout the day Wednesday. “No Zionist party will vote against it,” she reiterated, adding, “If Likud wants to play games, they should play with other laws, not this one. This is a sensitive law that has almost twice been rejected in the High Court. It protects the country. We will see which Zionist party, let alone one from the right, will vote against it.”

Like I said, come with sandwiches and possibly some juice and water – it’s going o be a long show. 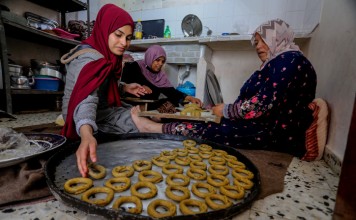 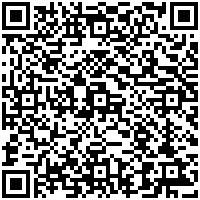