Rabbi Eliezer Waldman – head of the Nir yeshiva and one of the founders of the Hebron and Kiryat Arba communities – told the Sovereignty Movement headed by Nadia Matar and Yehudit Katzover that he rejects any plan that includes a settlement freeze and recognition of a foreign political entity in the Land of Israel.


“In addition, we will not accept any path that includes a freeze on settlement, development, or construction. The Land of Israel belongs exclusively to the Jewish people. We are commanded to fulfill the commandment of settling the Land of Israel according to the definition of Nachmanides that we should not abandon it in the possession of any other nation or in desolation.”

Rabbi Waldman also said we must move from “shun evil” to “do good.” “Chassidim said that the way to shun evil is through doing good; however, there is value in doing good for its own sake,” said Rabbi Waldman. “The application of sovereignty is totally unrelated to the Trump plan.”

Rabbi Waldman said, “Thank G-d, the Sovereignty Movement began advocating the application of sovereignty several years ago, before Trump, and, thank G-d, the activities, publications, and conferences they sponsored have spurred segments of the people in Israel, among them members of Knesset, to support this issue.

“We should have applied sovereignty immediately after the Six-Day War, and now we must certainly aspire to this. This is the most auspicious time to apply sovereignty.”

He emphasized that applying sovereignty must be unrelated to the Trump plan. “It is incumbent upon us to establish facts on the ground as we did in the past…. According to the UN plan, Jerusalem was supposed to be an international city, but Ben-Gurion, a short time later, established Jerusalem as the capital of Israel. After the Six-Day War, we applied Israeli law to united Jerusalem despite the fact that it did not find favor in the eyes of other nations, including America. Nevertheless, we established facts on the ground and, at present, facts are facts.

“This must be the case today regarding sovereignty, as well, to establish facts on the ground, especially after the topic of sovereignty has assumed so central a place in the Israeli public discourse, and not only here, but in the international arena as well.

“If we do not establish sovereignty now, after the Arabs are threatening us and the European Union is threatening us, they will think, G-d forbid, that we are afraid of them. This will be a negative message on our part, as though we accept the Palestinian distortion and falsehood as though the territory in question is occupied.

“But if we establish the fact of sovereignty in Judea and Samaria, it will be a clear statement by the State of Israel that this is not occupied territory, but rather our ancestral heritage.

“This is precisely what the prophet Ezekiel prophesied when, in chapter 36, he describes the exile as a desecration of God’s name. The verses there say: ‘I will sanctify My great name that was profaned among the nations…I will take you from the nations and gather you from all the lands and bring you to your land’ (Ezekiel 36:23-24).

“This is the sanctification of G-d’s name. This is a clear statement of our continued faith and our fulfillment of mitzvot that stems from faith that the Holy One blessed be He liberated these areas so that we will restore Jewish life there.

A longer version of this article appeared in Sovereignty Issue, published by the Sovereignty Movement (www.ribonut.co.il). 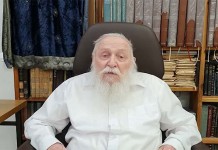 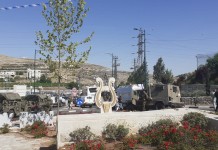 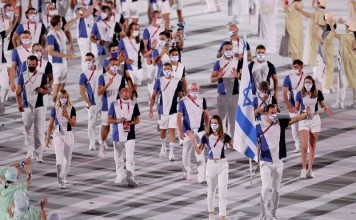