Abdel Bari Atwan, chief editor of Rai al-Youm, an Arab digital newspaper, on Tuesday told TASS that President Joe Biden needs Moscow’s support in resolving the “Palestine-Israel conflict” and would ask for it in his upcoming meeting with President Vladimir Putin.

The summit between Putin and Biden takes place in Geneva, Switzerland, on Wednesday. TASS reminded its readers that on June 9, “Russian Foreign Minister Sergey Lavrov said that Moscow is ready to host a meeting between Israeli and Palestinian leaders in the near future to discuss Middle East regulation.” Yes, he did, but Israel was not ecstatic about that one.

The Russians have been anxious to play a broker’s role in the Israel-PA conflict, and see Biden’s visit as a golden opportunity to be included. That’s why TASS sought out one of the most prominent anti-Israel Arab journalists for an interview they headlined: “Biden needs Putin’s support to resolve Palestine-Israel conflict, says expert.”

According to the “expert,” in the recent conflict, “the Hamas movement, led by Iran, prevailed.”

Hamas certainly prevailed in the war on the public opinion in the West, seeing as so many media stars bemoaned the fact that so few Israelis had been killed, compared to the Arab casualties. But on the ground, Hamas has so far been unable to cater to the needs of its half-starved population, much less help them rebuild their demolished buildings. What role can Russia play in the Gaza Strip that would make it a desirable partner to Biden?

Born in a Gaza refugee camp, this “expert,” Atwan, was editor-in-chief of the London-based pan-Arab newspaper Al Quds Al Arabi from its founding in 1989 until July 2013, when he was sacked.

On 9 July 2013, Atwan wrote in his final editorial at Al-Quds Al-Arabi that he was resigning because of external pressures. He stated that over a quarter-century, he had received death threats from the “Arab, Foreign, and Israeli security services,” and insisted he had never compromised on his ideals and took pride in his profession, “leaving with his head held high.”

Atwan is the quintessential anti-Israeli journalist. Back in June 2007, he told Lebanese TV: “If the Iranian missiles strike Israel, by Allah, I will go to Trafalgar Square and dance with delight.” He added that should Iran one day retaliate against its Arab neighbors and American bases in the Gulf, “Allah willing, it will attack Israel, as well.”

In March 2008, after the Mercaz HaRav shooting in which an Arab gunman killed eight Jewish students ages 15 to 26, Atwan declared the mass murder “was justified,” since the yeshiva was “hatching Israeli extremists and fundamentalists,” and argued that the celebrations of the murders in Gaza expressed “the courage of the Palestinian nation.”

And in a January 2015 interview on Lebanese Al Mayadeen TV, Atwan said “Jihad must be directed, first and foremost, against the Israeli enemy… All our guns must be turned toward that enemy, regardless of our differences, because this is the only thing that unites us.” He added that “Arabs who do not think that Israel is an enemy are neither Arabs nor Muslims.”

“Naturally, Biden will strive towards using Moscow’s influence in the region,” the “expert,” Atwan, told TASS on Tuesday. “If we are talking about the attempts to resolve the conflict, we need to consider Russia’s strong positions in the Middle East. Without it, Middle East regulation is impossible. Essentially, the region is going back to the same situation like the one during Soviet times.”

Not really. During the “Soviet times,” especially before 1967, Russia dominated the region in Egypt, Syria, and Iraq. Today it is vying for influence mainly in Syria, where it has been held in check by small units of the US military. Russia is also conducting its influence-building trade with Iran, arming it with its latest military and surveillance equipment. It’s not clear how that would qualify the Russians as honest brokers between Ramallah and Jerusalem. Nor is it clear at all that President Biden is interested in renewing the fiasco known as the “peace process.”

But Atwan is certain that “currently, the Biden administration is making changes to American policy regarding Palestine. The previous administration took steps that had a negative effect on the US and Israel, namely the transfer of the embassy to Jerusalem and the recognition of the Golan Heights as Israeli territory. All this essentially provoked another escalation of the conflict in the region.”

Actually, it didn’t do that at all. Following Trump’s recognition of Jerusalem and the Golan, Israel signed treaties with four separate Arab nations, giving the US a broad foothold in the Gulf as well as in northern Africa (Morocco and Sudan). 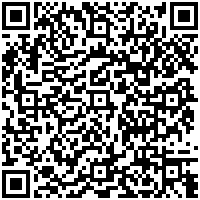