Although a record number of Israeli startups are floating on the stock market, there has been a sharp decline in the number of new Israeli startups established annually (from 1404 in 2014 to approximately 520 in 2020), and a sharp decline in the establishment of multinational development centers in Israel (from 46 in 2016 to 4 in 2020), according to the Israel Innovation Authority 2021 report published on Wednesday (Israel Innovation Authority’s 2021 Innovation Report).

According to Dr. Ami Appelbaum, chairman of the Israel Innovation Authority, “the influence of high-tech on the resilience of the Israeli economy requires the country to ensure the continued prosperity of the high-tech sector.”


However, Appelbaum stressed, “At present, the number of new start-ups founded each year is sharply declining, the number of seed-level investment rounds is diminishing, and governmental research and development budgets are being cut on an annual basis – dramatically, relative to other countries.”

Appelbaum urged the State of Israel to “continue to develop a robust response to the significant challenges facing the Israeli high-tech sector,” challenges that are detailed at length in the 2021 Israel Innovation Authority Innovation Report.

“Most of all, we have further realized the need to maintain the global level of success of Israeli high-tech to guarantee the country’s overall economic growth. Shocks in the Israeli high-tech ecosystem could critically affect employment, tax revenue, and the stability of the Israeli economy as a whole,” he said.

The June 16 report notes that “many high-tech companies experienced a cashflow crisis due, on the one hand, to the suspension of investments and on the other hand to the cessation of sales, that threatened the continued existence of startups and small and medium-sized companies. At the same time, the lockdowns and other restrictions that countries imposed on movement at local and global levels dramatically altered living habits and led to changes in lifestyle, including working and studying from home and using online services. These restrictions led to accelerated development of different digital companies in all areas of life which, within six months, boosted the consumption of digital services by enormous proportions equal to several years’ worth of growth.”

The report also warns that “Israel’s internationally competitive position as the ‘Start-Up Nation’ is eroding, and in recent years Israel has been on a declining trend, relative to other countries, according to global innovation indices.”

The report asks bluntly: “Where will tens of thousands of graduates holding high-tech professional degrees work?” and points out that one in every four students in Israel is studying for a bachelor’s degree in technological fields, including engineering or computer science. Which could mean that an influx of new graduates would further exacerbate the existing entry-level problem.

By 2030, more than 20-25 thousand employees with limited or no experience are expected to join the high-tech sector each year, but according to the Israel Innovation Authority and Start-Up Nation Human Capital Report, only 45% of companies recruit junior employees.

This has brain drain written all over it, with the obvious danger that Israel is investing its resources in developing the future hi-tech workforce of the US and Germany.

The new report recommends increasing the government investments, but not so much on the education side: “The share of the state budget invested in the Israel Innovation Authority (i.e. the State of Israel’s investment in supporting civilian research and development) has fallen sharply, from 1% in the early 2000s to less than 0.5% today – a significantly lower proportion than in world-leading countries in the field.”

On the other hand, the same report warns that there aren’t enough experienced hi-tech employees to mentor the ever-growing number of junior employees.

“Competition for human capital in the high-tech sector continued during the coronavirus pandemic,” according to the report. “The shortage of experienced employees that high-tech companies are interested in recruiting still exists, and totals 13,000 job vacancies in the sector (compared with some 19,000 in 2019).”

The report also strikes a positive note, if only in the short term. High-tech employees have made a significant contribution to the Israeli economy as it is recovering from the economic, social, and health crises, and also generated new sources of income in a time of a skyrocketing budget deficit. 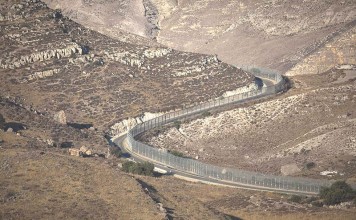 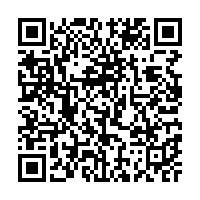