Prime Minister Benjamin Netanyahu on Sunday morning convened a large-scale discussion at the Prime Minister’s Office in Jerusalem that included ministers, ministry director generals and all relevant staff officials on national preparations to deal with the coronavirus.

PM Netanyahu assigned to the National Security Council the responsibility for coordinating preparations to deal with the virus. He instructed that there be minimal bureaucracy vis-à-vis required decisions in light of the situation. He instructed that the Biological Institute produce a vaccine against the virus and that a vaccination network be established in Israel.


“I have instructed the Biological Institute and the Health Ministry to work on producing a vaccine for the virus and to set up a vaccination network,” Netanyahu announced.

After the meeting, the Prime Minister said:

“We have just concluded an in-depth and detailed discussion with all Israeli government officials on how to deal with the outbreak of the coronavirus. Our readiness will include all arms of the Israeli administration. Our foremost goal is to postpone the arrival of the virus to Israel. I say ‘postpone’ because its arrival is unavoidable. We will then identify, treat, isolate and deal with those infected.

“I must say that this is unavoidable even though the Chinese government has made great efforts here. On behalf of the government of Israel, I would like to express appreciation for China’s effort to prevent the spread of this virus; however, the spread is apparently inevitable in the sense that we will need to deal with it forthwith.

“Because we estimate that the virus will arrive, we will also deal with the procedures designed to isolate those who have been infected and treat them. This treatment will include isolation for two weeks at home. We will explain to Israelis exactly what is required of them. We have closed land crossings, seaports and airports to arrivals from China; this is temporary. We are also updating the Palestinian Authority on all preventive steps and public health measures that they must take into account here as well.

“We are sharply cutting bureaucracy. On matters that are necessary here to protect the public health, there will be no bureaucracy, and there will be one authority, the head of the National Security Council, who will decide between the various ministries. I am making it clear that the State of Israel, as of now, has moved ahead of the world on many things, also in dealing with this issue and we intend to do so on another matter. I have instructed the Biological Institute and the Health Ministry to work on producing a vaccine for the virus and to set up a vaccination network. It could be that on this issue as well, if we work fast enough, with the appropriate budgeting and the talented people we have, the State of Israel will be ahead of the world.” 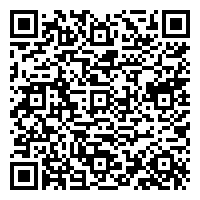