In the meeting that included, among others, the ambassadors to Israel of Germany, France, Italy, the Netherlands and Denmark, Defense Minister Naftali Bennett made it clear that the Israeli security system is no longer prepared to accept the unruly Palestinian Authority construction in Area C, construction which is being carried out with European encouragement and funding, Makor Rishon reported Friday.

Bennett said that the defense establishment intends to demolish any illegal construction which are under full Israeli control, including construction funded by the Europeans.


Area C is an administrative section of Judea and Samaria, set out in the Oslo II Accord, which constitutes about 61% of what was formerly known as the “west bank.” The Palestinian Authority is responsible for medical and educational services to its citizens in Area C, but all infrastructure construction is done by Israel with Israeli approval.

Area C, excluding eastern Jerusalem, is home to an estimated 400,000 Jewish settlers and approximately 40,000 PA Arabs. The Jewish population in Area C is administered by the Israeli Judea and Samaria Area administration, whereas the PA Arab population is directly administered by the Israeli Coordinator of Government Activities in the Territories and indirectly by the Palestinian National Authority in Ramallah.

At the meeting with the ambassadors, Bennett delivered a review of Israel’s security, which also included a reference to Israel’s actions to fight the consolidation of Iranian forces in Syria and hostilities in the Gaza Strip – and then he turned to the issue of construction in Area C. And Bennett told the ambassadors that Israel would not accept illegal takeover of lands across the Green Line.

He clarified that Israel would destroy any illegal construction, and therefore “it would be a shame to waste your money.”

“If you want to invest in the Palestinians,” the defense minister said, “It would be better to focus on humanitarian activities rather than illegal construction.”

The ambassadors reacted disapprovingly to Bennett’s lecture, but no debate ensued.

For more than 10 years, the Palestinian Authority has taken strategic control of Area C, through illegal construction and agricultural initiatives. This takeover is nibbling on the land reserves available to Jews, and on the ability of some communities in Judea and Samaria to grow and develop. A significant part of this illegal expansion relies on funding from EU countries, as is evident from signs posted near some of those projects.

It may be legally difficult for Minister Bennett to go after already established—albeit without approval—EU construction in Area C. Also, the Civil Administration in the territories suffers from manpower shortages, and simply couldn’t handle the amount of work involved in pursuing those cases to the demolition phase. Which is why the defense ministry will be focusing on fresh illegal construction, which can be taken to court for a quick verdict before it becomes “established.” 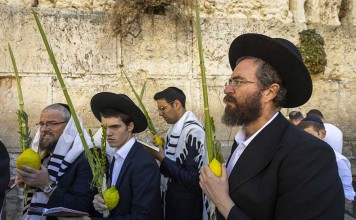 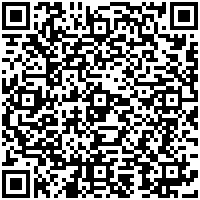