The IDF Civil Administration on Monday demolished an illegal school built with the assistance of the European Union in violation of a High Court of Justice ruling, Regavim reported. The structure had been erected in the middle of an archaeological site.

Civil Administration teams arrived Monday evening at the archaeological site of Khirbet Zanuta in the southern Hebron hills, with an order to demolish an illegal structure serving as a school which had been established in recent weeks with aid and funding from the European Union.


Six months ago, the High Court of Justice struck down a legal process that had been going on for more than a decade in what has come to be known as the case of the illegal outpost (HCJ 9715/07). The justices ruled that the demolition orders issued against the outpost’s structures would not be implemented for the time being, provided there would be no further construction in the compound.

When the Regavim movement was alerted by the Land Commissioner of the Hebron Mount Council that a new illegal construction had been erected at the same outpost, it appealed to the Civil Administration to act urgently against the offenders who blatantly violated the High Court’s ruling.

On Monday night, the Civil Administration took down the school structure.

Yishai Hamo, Regavim’s coordinator of operations in Judea and Samaria, said in a statement: “We welcome the enforcement that was executed by the Civil Administration with determination and speed, setting a clear border against future criminals. We hope that the Foreign Ministry also sends a determined message to the European countries that are participating in violations of the law, and make it clear to them that there must be a limit to their misbehavior.” 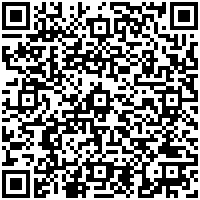