Syria will begin chairing the United Nation forum that produced the ban on chemical weapons.

Israel has already blown up a secret Syrian nuclear reactor in 2007, and it may have others, and just this week, Syria once again launched a chemical weapons attack on its own civilians.

Hillel Neuer, the head of UN Watch, an NGO that monitors activities in the UN, had a lot to say about this latest absurdity.

“We urge the U.N. to understand that at a time when Syria is gassing its own men, women, and children to death, to see Syria heading the world body that is supposed to protect these victims will simply shock the conscience of humanity. The Assad regime simply cannot be a credible chair of this or any other United Nations body. Syria’s use of deadly chemical weapons and its illegal pursuit of nuclear weapons, in breach of its disarmament obligations, run counter to the objectives and fundamental principles of the Conference on Disarmament itself. Syria’s chairmanship will only undermine the integrity of both the disarmament framework and of the United Nations, and no country should support that.”

Syria will begin its term on May 28 and complete it on June 24. 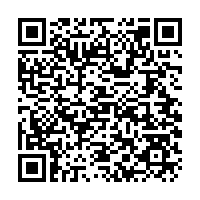