The Europeans are warning Israel against the destruction of the Bedouin village of Khan al-Ahmar, where, as of 2018, there are 173 Bedouin residents, including 92 children, living in tents and huts. Khan al-Ahmar is located between the Israeli settlements of Ma’ale Adumim and Kfar Adumim. In May 2018, Israel’s High Court of Justice determined that its residents could be evicted, as per a 2010 Coordinator of Government Activities in the Territories demolition order.

Three senior European diplomats on Thursday told Channel 10 News that the ambassadors of the five largest countries of the European Union—Germany, France, Britain, Italy and Spain—had met with the deputy national security adviser at the Prime Minister’s Office, Oded Yosef, to warn him that the demolition of Khan al-Ahmar would lead to a stern response from many European countries.

According to the diplomats, the ambassadors asked that Israel reconsider the demolition of the village and stressed that they were very concerned that the demolition was in preparation for building a new settlement in Area C, which would prevent territorial contiguity in a future Palestinian state.

Israel rejected the appeal and announced that the demolition would continue as planned.

Yosef said at the meeting that the Supreme Court had approved the demolition of the village and noted that in its current location it constituted a safety hazard.

He added that the residents had been offered a number of alternatives and that Israel would continue to prepare for the demolition of the village as planned.

Israel has prepared a permanent neighborhood for the residents of Khan al-Ahmar, where each evicted family will receive a developed plot for free.

The Regavim movement issued a statement saying, “The hypocritical European countries have led and financed the illegal construction in order to help the Palestinian Authority take control of the Ma’aleh Adumim area, and with great insolence are exerting unacceptable pressure with the help of radical left-wing organizations, while further exploiting the High Court of Justice in an attempt to delay the enforcement of the law and the implementation of the ruling.”

The crux of the struggle is nothing short of the viable future of a Palestinian State. It comes down to who would control Area E1, which stretches along the narrowest part of Judea and Samaria. Should E1, which is part of Area C, according to the Oslo Accords, meaning it is under complete Israeli control, be filled with illegal Arab construction and be kept alive with European pressure, then an eventual Palestinian State could count on a contiguous, north-to-south territory.

But should the city of Ma’ale Adumim, 4.3 miles east of Jerusalem, population 40,000, be permitted to link with eastern Jerusalem, then the dream of a Palestinian State would effectively die, as communication between its southern and northern part would involve crossing a protected, sprawling Israeli urban barrier.

Or, as Regavim put it this week, “Khan al-Ahmar has become a litmus test for the State of Israel, which must stand firm against the pressure campaign and complete the outpost’s relocation.” 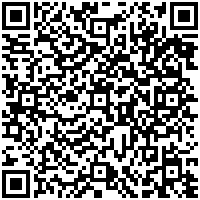