Prime Minister Benjamin Netanyahu and his wife Sara flew Saturday night to Paris, where he is scheduled to meet Sunday (July 16) French President Emanuel Macron for talks, and participate in a ceremony marking 75 years since the deportation of Jews to the Nazi death camps in Auschwitz.

“Tomorrow we will participate in a very moving ceremony to commemorate the 75th anniversary of the deportation of Parisian Jews to the extermination camps,” Netanyahu said in remarks before boarding the plane. “This was the first step in the broad extermination of French Jewry.”


Somehow the supporters of the anti-Israel Boycott, Divest and Sanctions (BDS) campaign have nevertheless managed to politicize Netanyahu’s visit, according to France 24.

The French Jewish Union for Peace said it was “shocked” Netanyahu was invited to commemorate a “Franco-French crime against humanity” and claiming it was something France needed to come to terms with on its own – without creating from it international diplomacy. The Community Party claimed the Israeli prime minister was hardly a bearer of a “message of peace,” claiming Israel is guilty of human rights abuses against citizens of the Palestinian Authority.

After his meeting with Macron, Netanyahu and his wife Sara will fly to Budapest, where he is slated to meet with the leaders of Hungary, Poland, the Czech Republic and Slovakia.

“While we are strengthening ties with countries on five continents – Asia, Africa, Australia, North America and South America — it is very important for us to also deepen relations with countries in Europe,” Netanyahu said.

GoFundMe Blocks BDS Group from Withdrawing Funds on its Platform 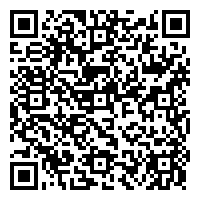