Less than a week after three radical Islamist terrorists killed seven people and wounded 48 others in central London, another apparent Islamist carried out an attack Tuesday at 4:30 pm local time in central Paris, at the very heart of Roman Catholicism, outside the Cathedral of Notre Dame.

Yelling, “This is for Syria!” French Interior Minister Gerard Collomb said a man using an Algerian student identification card bashed a police officer in the head with a hammer.


Clearly the attacker studied the Palestinian Authority terrorist manual, wielding not only a hammer, but also carrying in his backpack at least two kitchen knives as well — all of which are easily obtainable anywhere — as his weapons of choice.

Outside the Cathedral, armed police officers were patrolling the esplanade at the time of the attack.

The terrorist was immediately shot twice by the officer he wounded; and although he wasn’t killed he was brought down in by the gunfire, according to Fox News. French police later evacuated him to a hospital for treatment under heavy security.

Paris authorities have opened a counter-terror investigation. France has been under a state of emergency since being struck by a massive terror attack in November 2015. French authorities say there have been 50 terror plots uncovered in the country over the past three and a half years, Fox News reported.

Newly elected French President Emmanuel Macron said he has made fighting terror his number one priority. The police officers were praised online by Paris Mayor Anne Hidalgo, who tweeted her salute to their “courage.” 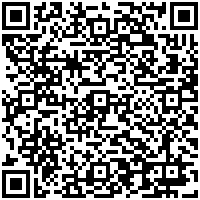