Saudi Arabia’s Foreign Minister, Adel Al-Jubeir, told reporters on Tuesday that Qatar must cut its ties with Hamas and the Muslim Brotherhood. Jubeir said that these ties are undermining the Palestinian Authority and Egypt, according to a report in Reuters.

Qatar recently told Hamas to remove a few of its people from its capital city of Doha, specifically those associated with terror attacks in Judea and Samaria, in Israel.


What Jubeir probably couldn’t say is that he wants the connection severed because Israel is Saudi Arabia’s silent partner in the war to prevent Iran from obtaining nuclear weapons, as well trying to limit Iran’s expansionist ambitions throughout the region. Not to mention, President Trump’s recent visit to Saudi Arabia required they take some noticeable steps.

On Tuesday, Jordan partially joined in and downgraded their ties with Qatar and revoked Al Jazeera’s TV license. Qatar owns the Al-Jazeera news network, which infuriates a number of the Arab countries, as Al Jazeera doesn’t always limit its attacks and criticism just to Israel.

US President Trump sees these diplomatic actions as a direct result of his trip to Saudi Arabia, and his demands that all funding to terrorists and terrorism in the region be cut off.

Qatar is an important base and funding source for Hamas, but Tehran seems to be one step ahead, as Iran and Hamas recently began the process of reconciliation, providing Hamas with a new source of cash and resources in their shared war to destroy the Jewish state.

Of course, the financial pressures of losing Qatari support could end up pushing Hamas into a corner, where they decide to start a war with Israel. The Arab countries won’t shed any tears at that outcome either.

Interestingly, Qatar is not only a second home to Hamas, but also home to the largest US military base in the Middle East.

Who says you can’t burn a candle at both ends?

During my recent trip to the Middle East I stated that there can no longer be funding of Radical Ideology. Leaders pointed to Qatar – look!

So good to see the Saudi Arabia visit with the King and 50 countries already paying off. They said they would take a hard line on funding…

…extremism, and all reference was pointing to Qatar. Perhaps this will be the beginning of the end to the horror of terrorism! 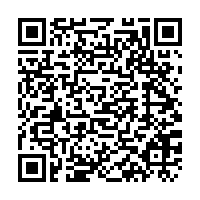