German Chancellor Angela Merkel has offered to step down as leader of her Christian Democratic party after the conservatives suffered massive defeats in two regional elections, sources inside the CDU told Deutsche Welle.

As is the case in Israel, the chairman of the largest party in parliament also takes the position of chancellor (PM in Israel), but in Germany (as in Israel) this is not an absolute must. In fact, only last week, Israel was rattled by accusations coming from the PM’s office that President Rivlin and former Likud Minister Gideon Sa’ar were in cahoots to get rid of Likud Chairman Netanyahu come the next elections.


Monday’s political crisis followed the CDU’s evaporated support in the local elections in Hesse, in the west, which is crucial for the future of Germany’s coalition. Merkel’s CDU dropped to 27%, its worst there since 1966, constituting an alarming 11% loss compared with the 2013 vote in Hesse.

In the state of Berlin, the Social Democrats, Merkel’s national coalition partners, dropped to 19.8% in a neck-and-neck race for second place against the Green party. The last time the SPD did this badly in Berlin was in 1946, when the city was in a ruin and a man could get rich selling black market chocolate.

These losses repeated the abysmal vote for Merkel’s political allies in Bavaria, as Hesse voters showed their preference for the leftwing Greens, who rose to 20% from 8%; and to the right-wing AfD (Alternative for Germany), who took 12%.

The Guardian pointed out with a clear note of anxiety that Merkel’s political weakness could impact her “capacity to lead in the EU” just when it is dealing with the UK’s Brexit, the burgeoning budget crisis in Italy, and the wave of rightwing parties expected to sweep the European parliament in May’s elections. 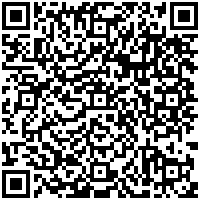