The Administrative Court of Baden-Württemberg, Germany, on Saturday denied German citizenship to a Muslim Lebanese doctor who in 2015 passed his naturalization test with the highest best possible score but then refused to shake the hand of a female official who was handing him the naturalization certificate. The offended woman (hell hath no fury like a female German official scorned) withheld the certificate and rejected the application.


According to Deutsche Welle, the Muslim doctor, in his 40s, who settled in Germany in 2002, appealed to the administrative court saying he refuses to shake women’s hands for religious reasons. But the court ruled that someone who rejects a handshake over his “fundamentalist conception of culture and values” because he views women as “a danger of sexual temptation” was rejecting his own “integration into German living conditions.”

The court went all Luther-crazy on the poor man, whose religious constraint was no different than that of many Orthodox Jews, and accused him of being “in breach of the equality enshrined in the German constitution,” and of adhering to a “Salafist perspective” on the social relations between men and women.

The judge also suggested that a handshake has a legal meaning, too, symbolizing the conclusion of a contract, and so it is “deeply rooted in social, cultural and legal life, which shapes the way we live together.”

Of course, for the handshake to qualify as a binding agreement, both individuals must first spit into their respective palms and mash together the saliva – something that would give any coronavirus specialist a heart attack these days.

And there’s the obligatory cutting of the hands and mixing the two—or more bloods, also a questionable practice nowadays.

The court said the man can next appeal to the Federal Administrative Court, noting the fundamental significance of the case. 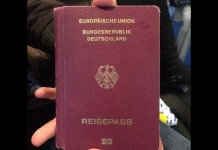 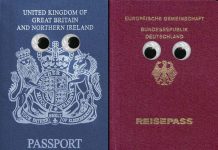 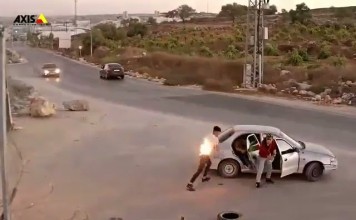