Israeli President Reuven Rivlin on Thursday held a one-on-one meeting with German Chancellor Angela Merkel, and then hosted a festive working luncheon, where he told his guest:

“We cannot avoid speaking out against the decision taken by the European Union aimed at circumventing the sanctions on Iran. As we see it, now is the time to join the effective sanctions on Iran, not to work around them. We must starve the Iranian monster, not feed it. This is the only way we can maintain the stability of this region. We ask Germany to stand with us in our demands for inspection of the Iranian nuclear program, and not allow them to evade their commitments.”

Rivlin continued: “A new breed of anti-Semitism is rising in Europe. This time, it takes the form of right-wing nationalist politics with roots in Nazism and it is gaining momentum across the continent. Some of these people appear to support Israel but hate Jews. There should be no misunderstanding. There is no such thing as loving Israel and hating Jews.”

“Israel is interested in aiding reconstruction in Gaza, but we will not do so long as resources are diverted for terrorism against Israel, nor whilst Hamas holds our citizens and the bodies of our soldiers in Gaza,” Rivlin said.

“Europe, together with Israel, should be investing in joint ventures in the field of energy, infrastructure, environment and tourism – all of which are about creating shared interests. For example, development of tourism at Qasr al-Yahud, the baptismal site of Jesus, is expected to bring benefits to Israelis and Palestinians alike,” the president said.

Speaking about the situation in Gaza, the president said, “I thank Germany for its important role in the Ad-Hoc Liaison Committee. Israel is interested in aiding reconstruction in Gaza, but we will not do so long as resources are diverted for terrorism against Israel, nor whilst Hamas holds our citizens and the bodies of our soldiers in Gaza. The international community must act together to put pressure on Hamas, on the Palestinian Authority and on Egypt to change the current dangerous trajectory that threatens to blow up in our faces at any moment.”

The president noted the possible opportunities with the Palestinian Authority and said, “In the West Bank, we must be focused on what we can achieve there, and not what we cannot. Even if the time is not right for an agreement at present, we – Israel and the international community – must invest heavily in creating the conditions for a future arrangement between us and the Palestinians. The economic development of the Palestinian side is clearly in Israel’s interest. The growing cooperation between Israel, international and Palestinian businesses in the field of hi-tech is an example of shared interests in the region, and of the power that prosperity and a hopeful future can have on the region. Europe, together with Israel, should be investing in joint ventures in the field of energy, infrastructure, environment and tourism – all of which are about creating shared interests. For example, development of tourism at Qasr al-Yahud, the baptismal site of Jesus, is expected to bring benefits to Israelis and Palestinians alike.”

The chancellor thanked the president for his welcome and in her introductory remarks said, “I would like to congratulate the State of Israel on its 70th anniversary. This is the seventh time we have come here for government-to-government consultations and we continue to work together.”

Chancellor Merkel spoke about her visit to Yad Vashem and said, “We started our visit to Israel at Yad Vashem, and once again we saw the enormity of the horror. We are committed to remembering and to our promise that nothing like this will happen again. We must continue to fight against anti-Semitism, against xenophobia and any kind of discrimination. This visit helped us understand the enormity of German responsibility and the depth of our responsibility for the future. It took great courage for our two countries to develop relations after the Second World War. This bond of courage between us now allows us to discuss our disagreements.”

At this point, the chancellor commented on the European issue and said, “On our approach to Iran, we both have the same aim. We both want to prevent Iran from using nuclear weapons. We may disagree on how – whether to continue stopping Iran using the JCPOA or by imposing sanctions – but there is no question that we are working towards the same goal, and that is preventing Iranian armament.”

At the end of her remarks, Chancellor Merkel said, “Germany has an uncompromising commitment to Israel, both because of our pasts but also because Israel is the only and strongest democracy in the region. We know that Israel is a vibrant democracy and are aware of the internal disagreements here. We know that in the current digital age, in particular, there is a place for such disagreements. We want to continue and develop the cooperation between us.” 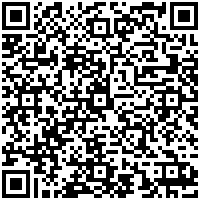