The Nazis shut down Berlin’s Jewish seminary in 1938, and since then not a single Orthodox rabbi has been ordained in the German capital – until today, when three graduates of the Berlin Rabbinical Seminary: Alexander Kahanovsky, Shraga Yaakov Ponomarov and Shlomo Sajatz, were ordained in a historic ceremony, Deutsche Welle reported.

The Hildesheimer Rabbinical Seminary was founded in Berlin in October 1873 by Rabbi Dr. Esriel Hildesheimer for the training of rabbis in the tradition of Orthodox Judaism. It became the most important teaching institution for training Orthodox rabbis in Germany.


After the death of the founder, in 1899, Rabbi David Z. Hoffmann was elected rector of the seminary, and in 1904 the institution relocated to Adass Jisroel’s new edifice. Rabbi Hoffmann was succeeded by Rabbi Avrohom Eliyahu Kaplan, a graduate of the Slabodka yeshiva and a brilliant talmudist. Kaplan, who died young after serving only four years as rector, was succeeded by Rabbi Jechiel Jakob Weinberg, the last rector of the Seminary. The Seminary was shut down by the Nazis in 1938.

71 years after the closure of the Hildesheimer rabbinical seminary, the Rabbinical Seminary in Berlin was finally established in 2009 as its successor. For the first time since 1938, the training of Orthodox rabbis was brought back to Germany. This event was of outstanding historical and symbolic importance.

The aim of the Rabbinical Seminar is to train young talent for rabbinic positions in German-speaking countries. This offspring should not only master the classical rabbinic competencies like Talmud and Halacha, but also learn how to pass them on. In order to meet the needs of Jewish communities in Germany in particular, didactic and pastoral skills as well as extensive knowledge of Jewish social work are integrated into the studies.

Among the dignitaries who celebrated the occasion in the Beth Zion Synagogue in berlin were German Foreign Minister Heiko Maas and Berlin Mayor Michael Müller.

“The fact that Berlin – the place where deportations and extermination was planned and decided – is once again home to the largest Jewish community in Germany, is … an undeserved gift,” Maas told the audience. “We must preserve this gift with all our strength.” 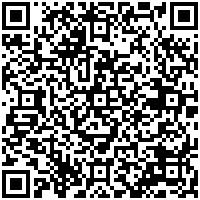