A 17-year-old girl whose name is being concealed has been found guilty of terrorism charges Tuesday, for planning attacks on two schools, one of them Jewish, in Copenhagen, Denmark. It has been Denmark’s most high-profile court case in recent years, Politiken reported.

The girl—known only as the Kundby Girl, after her home town of Kundby, population 738, in Northwest Zealand—had converted to Islam in 2015, and was 15 at the time of her arrest in January 2016. She was remanded in custody for 16 months. She is the first female charged with terrorism in Scandinavia.


The defense argued that their client had had no intention of carrying out the attacks, and wrote down her plans in an attempt to appear “cool.”

But the court in Holbæk, a city is located in the northeastern part of Region Sjælland, population 26,961, ruled the attacks she had planned were not carried out because she was arrested before she could carry them out.

Police found in her home chemicals that may be used to make explosives, but reported that she had not succeeded in actually making bombs. But the court ruled that there was “a punishable attempt at terrorism, since it was her intention to bring a bomb to two schools and detonate them.”

During her trial (she pleaded not guilty), the Kundby Girl was described as having undergone a drastic change in interests in the space of just a few months, from boys and shopping to holy war. She told the court that her interest in Islamic terrorism and the Islamic State began because she found both “exciting.”

During her 15-month stay in custody prior to trial, the Kundby Girl wrote a long part-biography, part-fiction text in which she explained the thinking behind her actions and imagined herself to be a Mujahideen planning real attacks. This text was later presented as evidence by the prosecution. 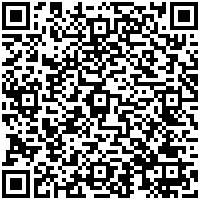