The two discussed bilateral cooperation in technology, innovation and industry, and the East Med natural gas pipeline that is due to export Israeli gas via Cyprus and Greece to other countries in Europe.


The PM briefed his guest on Iran’s efforts to entrench itself militarily in Syria and its actions to undermine stability in the Middle East.

In 2015, Iran’s President Hassan Rouhani said that Iran regards Italy as the most important country for trade and economic cooperation. To this day, Italy officially considers the MKO, an Iranian opposition movement in exile that advocates the overthrow of the Islamic Republic of Iran, to be a terrorist organization. 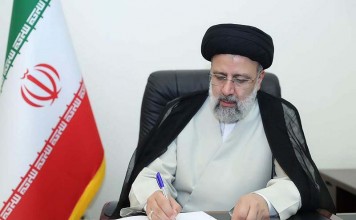