For the first time ever, the State of Israel is set to apply to the anti-boycott legislation passed in 2011, using it to revoke the nonprofit tax status of the leftist non-governmental organization, Amnesty International, according to the Israel Hayom daily free newspaper.

The move comes in response to a new campaign by the NGO launched in July, called, “Israel’s Occupation: 50 Years of Dispossession.” The organization is calling on the world to boycott products manufactured in Judea and Samaria, and to impose an arms embargo on Israel for allegedly committing “war crimes” in the regions.


At the time, outraged Knesset members demanded action by Finance Minister Moshe Kahlon, who made no promises but said the ministry would use “any and all means at its disposal, including denying tax benefits, against any organization that undermines the State of Israel or IDF soldiers.”

A subsequent examination of the law by the Justice and Finance Ministries found the NGO was indeed in violation of Israeli statutes.

The 2011 law, known legally as the “Prevention of Damage to the State of Israel through Boycott” Law, authorizes the Finance Minister to impose sanctions on anyone who promotes or participates in an economic, cultural or academic boycott against any Israeli-linked institution or individual.

Specific tax benefits may be denied such an organization, even before actively taking part in the boycott, even for pledging support for the boycott, and vowing to participate.

The law also allows the government to sue the organization, which could be forced to pay damages if the boycott causes monetary harm.

An example of the kind of violation the NGO has engaged in may be seen in a quote on the organization’s website by Amnesty International Secretary General Salil Shetty:

“For decades, the world has stood by as Israel has destroyed Palestinians’ homes and plundered their land and natural resources for profit. While the Palestinian economy has been stunted by 50 years of abusive policies, a thriving multimillion-dollar settlement enterprise has been built out of the systematic oppression of the Palestinian population.

Fifty years on, merely condemning Israel’s settlement expansion is not enough. It’s time for states to take concrete international action to stop the financing of settlements which themselves flagrantly violate international law and constitute war crimes.”

In this case, Amnesty International representatives are to be summoned by Finance Minister Moshe Kahlon, who has said he will make a decision on sanctions or any other disposition of the case after the hearing. Any loss of its tax-exempt status in Israel could seriously affect Amnesty International’s ability to raise funds in the region. 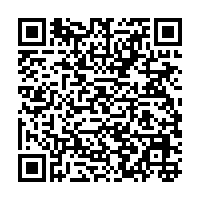