The readers of this newspaper usually associate the Gulf State of Qatar with the suitcases full of cash its emissaries have been delivering to the Hamas rulers of the Gaza Strip, with Israeli approval. But Qatar has been globally known for its success in obtaining the right to host the 2022 World Cup games – despite rampant allegations of corruption and bribery that were heavily involved.

Now, the New York Times has reported that international conglomerates that would have normally chased after the opportunity to advertise in the biggest event in the most popular sport on the planet are preferring to stay away (As World Cup Nears, Brands Weigh Cost of Teaming with Qatar).


The State of Qatar, a peninsula that borders only Saudi Arabia, has maintained a fiercely independent foreign policy and strong ties with Iran, Turkey, China, Hamas, the Taliban, and the Muslim Brotherhood. So much so, that in June 2017, Saudi Arabia, the UAE, Bahrain, Egypt, and Yemen broke diplomatic ties with Qatar over its support for terrorism.

In 2011, a former employee of the Qatar bid team reported that several African officials had been paid $1.5 million to give Qatar the 2022 tournament. She later retracted and then claimed Qatari bid officials had made her take back the accusation. In March 2014, it was discovered that the disgraced former president of the Confederation of North, Central America, and Caribbean Association Football (CONCACAF) Jack Warner was paid almost $2 million by a firm linked to Qatar. The FBI is investigating Warner’s links to the Qatari bid.

In 2014, five of FIFA’s six primary sponsors, Sony, Adidas, Visa, Hyundai, and Coca-Cola, urged FIFA to investigate the above corruption claims and many others.

According to the NY Times, Qatar has been fighting the perceptions that it argues have been inaccurate or outdated, but “examples of abusive conduct and poor treatment stubbornly persist and remain fodder for news media outlets, particularly in Europe, where the Qatar World Cup continues to be a source of protest and a lightning rod of criticism for those that associate with it.”

ING Group, a major international financial services and banking group that sponsors the Netherlands and Belgium national teams told the Times they decided to avoid involvement in the events despite their investments in the teams and refused their ticket allocation and any engagement in World Cup-related promotions.

GLS, a parcel service provider that has been sponsoring Belgium’s team since 2011, told the Times they won’t engage in any advertising campaigns in Qatar “because we consider a commercial use of the World Cup 2022 in the context of the human rights situation better not take place.”

According to the Times, U.S. Soccer has been debating what to tell the players to say to the media when they are challenged about the host Qatar’s human rights issues. Meanwhile, the German national team wore T-shirts with the slogan “human rights” before a World Cup qualifying match last year. They may decide to make it a permanent feature while running up and down the field in Doha, the Qatari capital.

The Danish national team’s commercial sponsors will not participate in official activities in Qatar, and also give up their exposure on the players’ training clothes in favor of critical messages and markings. In addition, the Danish Football Association will minimize the number of trips to Qatar for staff and sponsors, among others, so that participation in the World Cup finals is primarily about sporting participation and not promoting the World Cup organizers’ events.

Ricardo Fort, a former marketing executive responsible for Coca-Cola’s multi-decade relationship with FIFA, told the Times that former soccer stars would risk forfeiting their careers by appearing in commercials related to the Qatar games. “If you are a retired footballer planning to sign a deal in Germany or France et cetera, the chances are you will be more successful not being involved with the event,” Fort said.

Qatar has succeeded in signing England’s biggest former soccer star in recent history David Beckham, who was on hand during the announcement of Qatar’s being chosen to host the 2022 cup. Tim Crow, a former chief executive of Synergy, consulting Olympic and World Cup sponsors, told the Times: “There’s so much risk attached to this, I was kind of surprised he’s decided to position himself with something for which there’s so much risk, particularly for a guy who doesn’t need the money.”

Finally, the biggest threat to major soccer stars’ reputations is not so much the corruption that earned this Gulf state the games, but its horrific human rights record. A 2011 State Department report concluded that some expatriate workers from Asia and Africa, who paid exorbitant fees to recruiters in their home countries to work in Qatar, face conditions indicative of involuntary servitude. Some of the more common labor rights violations include beatings, withholding of payment, charging workers for benefits for which the employer is responsible, restrictions on freedom of movement (such as the confiscation of passports, travel documents, or exit permits), arbitrary detention, threats of legal action, and sexual assault.

The Qatari Criminal Code allows punishments such as flogging and stoning to be imposed as criminal sanctions. The UN Committee Against Torture found that these practices constituted a breach of the obligations imposed by the UN Convention Against Torture. Qatar employs the death penalty, mainly for threats against national security such as terrorism. The use of the death penalty is rare and no state executions have taken place in Qatar since 2003. At the same time, homosexual acts are punishable by death in Qatar. 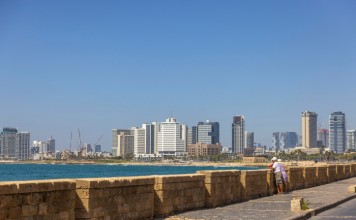 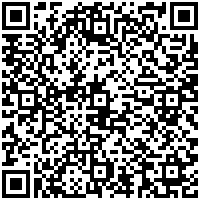