Prime Minister Benjamin Netanyahu on Wednesday evening, following the special Knesset session in memory of Prime Minister Yitzhak Rabin, will leave for London to attend an event marking 100 years since the Balfour Declaration. The Prime Minister will also hold diplomatic and economic meetings.

On Thursday, the PM will meet with UK Prime Minister Theresa May and Foreign Secretary Boris Johnson. In the evening, Netanyahu and his wife will – at the invitation of Lord Rothschild – attend the event marking 100 years since the Balfour Declaration. Prime Minister May, senior officials and members of the Balfour family will also attend.


On Friday, Prime Minister Netanyahu will address Chatham House – The Royal Institute of International Affairs and then take questions. The PM and his wife will also attend an economic event at the London Stock Exchange, where he will open the day’s trading and then meet with dozens of British corporate leaders.

The Prime Minister and his wife will return to Israel on Sunday. 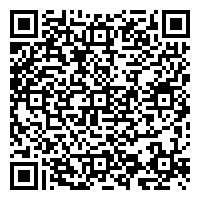