“Iran’s third underground factory has been built by the Guards in recent years … We will continue to further develop our missile capabilities forcefully,” Hajizadeh said.


“It is natural that our enemies America and the Zionist regime (Israel) are angry with our missile program because they want Iran to be in a weak position,” he told FARS.

“Along with improving our defense capabilities, we will continue our missile tests and missile production. The next missile to be produced is a surface-to-surface missile,” he added.

It is, however, supposed to comply with United Nations mandates regarding ballistic missile testing and nuclear warheads, and in fact may be on very thin ice with this latest development.

There appear to be a lack of clarity, however, on what is prohibited and what is allowed under the UN ban.

Earlier this month, Iran tested a high-speed cruise missile from a Yono-class miniature submarine, a model used solely by Iran and North Korea and which is designed for hiding in shallow water.

The launch made it clear that the two nations are still collaborating on missile and other military technologies.

It is also clear that Iran is still committed to the annihilation of Israel.

A little over a year ago (March 2016), the IRGC launched long-range ballistic missiles with a range of 2,000 kilometers (1,240 miles) that were specifically intended “to destroy the Zionist enemy,” according to Iranian officials.

In fact, media reports at the time included a picture of a missile with the words, “Israel should be wiped off the face of the earth” written in Hebrew and Farsi (Persian). 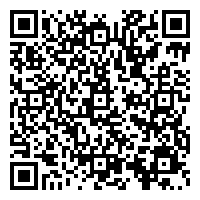