She urged the international body to adopt the strongest sanctions possible in hopes of stopping North Korea’s headlong rush towards a nuclear weapon of mass destruction.

Haley and her counterparts from Japan, France, the United Kingdom, and the Republic of Korea requested the emergency meeting in response to North Korea’s latest nuclear test, conducted this past weekend, which caused a 6.3-magnitude earthquake in southeast Asia.

“To the members of the Security Council, I must say: enough is enough…The time has come to exhaust all diplomatic means to end this crisis, and that means quickly enacting the strongest possible measures here in the UN Security Council,” she said. “Only the strongest sanctions will enable us to resolve this problem through diplomacy. We have kicked the can down the road long enough. There is no more road left…

“The idea that some have suggested, of a so-called freeze-for-freeze, is insulting. When a rogue regime has a nuclear weapon and an ICBM pointed at you, you do not take steps to lower your guard. No one would do that. We certainly won’t,” she said.

“This crisis goes well beyond the UN,” she added.

“The United States will look at every country that does business with North Korea as a country that is giving aid to their reckless and dangerous nuclear intentions. The stakes could not be higher. The urgency is now. Twenty-four years of half-measures and failed talks is enough.”

France was one of the countries that joined the U.S. in calling for Monday’s emergency UNSC session. French Ambassador to the UN, François Delattre, told reporters immediately following the meeting, that his nation called for a “swift, firm and united reaction of the international community and the Security Council” in response to the nuclear test by Pyongyang.

“As you know France has called for this emergency meeting of the Security Council together with the United States, the United Kingdom, Japan and the Republic of Korea. Why? Because in only a few months the North Korean threat has changed in both scope and scale, as well as in its very nature,” he said.

“The threat has shifted from being regional to global, from being potential to immediate, from being serious to existential.

“Beyond this direct and new threat that I was referring to, what is at stake is the very future of the non-proliferation regime that we the world patiently built for the past decades and that is now under threat. That’s why weakness or ambiguity is simply not an option.

Earlier in the day Israel condemned the weekend’s nuclear test conducted by the DPRK, calling it “a continuation of North Korea’s pattern of defiant activity.

“North Korea must comply with all Security Council resolutions on this issue and refrain from testing and developing weapons of mass destruction and their delivery systems,” the statement continued. “Only a determined international response will prevent other states from behaving in the same way.”

Israel has been closely monitoring the situation with North Korea due to its close economic and military ties with the Islamic Republic of Iran, which has repeatedly vowed to “wipe Israel off the map.”

Iran also supplies its proxy terrorist groups in the Middle East with generous funding and advanced weaponry, including tens of thousands of missiles of various ranges provided to the Lebanon-based Hezbollah guerrilla organization which has joined Iran in supporting the regime of Syrian President Bashar al-Assad.

Earlier this year, a powerful medium-range ballistic missile was fired at Israeli fighter pilots from across the northern border in Syria.

Syria — also allied with Iran — fired the missile in response to an air strike carried out by Israeli warplanes on a convoy delivering “game-changing” weapons to a Hezbollah terrorist base in Lebanon. The anti-aircraft missile was launched at the Air Force fighter planes as they were returning from the attack. It was intercepted by a new Arrow-3 interceptor missile of the David’s Sling system, launched at a cost of some $3 million. 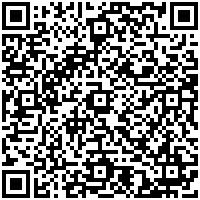