The government of Israel is donating $1 million in emergency aid to the Jewish community in Houston, Diaspora Affairs Minister Naftali Bennett announced Monday.

The funds are to be used to repair and rebuild schools, synagogues and a community damaged by the storm and flooding due to Tropical Storm Harvey. At least 47 people died as a result of the storm, which began as a Category 4 hurricane, and which caused more than $160 billion in damage to the city.


“The city of Houston was hurt badly last week, and the Jewish community, 70 percent of which lived in the flooded neighborhoods, was hit hard,” said Bennett. “Schools and synagogues were flooded and can’t be used. The old-age home and JCC were damaged, and hundreds of families will remain homeless.

“From talks we’ve had over the past week with the heads of the community and Israel’s Consul General we learned the damage is vast, and the rehabilitation will take years. “For years, the Jewish communities stood by Israel when it needed their help; now it is our turn to stand by Houston’s Jewish community.”

Approximately 60,000 Jews live in Houston. Some of the neighborhoods are still dangerously flooded, according to JewishPress.com reader Amy Styer, who said in an internet interview Monday that West Houston is still under water.

“I was there Friday and almost got stuck,” she said. “But cleanup has begun in the [Jewish] neighborhood of Meyerland.” 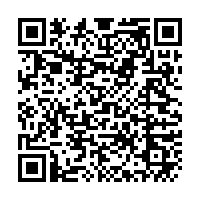