A college trip to the Middle East, advertised as one which “aims to engage a diverse cohort of undergraduate student leaders of all faiths and backgrounds with Israeli history, culture, and politics,” sounds like it will be a positive experience.

Now add to that, the fact that the trip is co-sponsored by Boston’s equivalent of the Jewish Federation – the Combined Jewish Philanthropies – and supported by Harvard’s Hillel, and it sounds like an amazing trip.

But on this particular Harvard college trip to the Middle East, the students who were supposed to be learning about “Israeli history, culture and politics,” made a side trip to pay homage to one of the worst terrorist leaders of modern times, someone who was single-handedly responsible for the murder of thousands of Israelis – men, women and children, Jews, Christians and Muslims: Yassir Arafat.

The students are on this “Harvard College Israel Trek 2014” right now. They arrived in Israel on March 14, and thanks to the miracles of social media, we know that while visiting Israel, they took a detour. According to one of the participants, Awais Hussain, Harvard ’15, they spent Sunday, March 17, in “Palestine.”

But a tweet from a tour guide provided even more detailed information about what these Hillel and CJP-funded Harvard trekkies did while they were in “Palestine.”

They visited the burial site of arch-terrorist Yassir Arafat, which is at the muqata, located in Ramallah.

According to the Trek’s website, “[the] Israel Trek is made possible by the generous contributions of a number of family foundations and Boston’s Combined Jewish Philanthropies. The Trek is supported by Harvard Hillel​.”

The fact of this trip and the fascinating detour it took was discovered by a college student, Daniel Mael. The Jewish Press spoke with Mael on Tuesday evening, March 18.

“I was checking through Twitter for news stories, and I happened to check #Israel, when the tweet of the Harvard Trek students at Arafat’s grave showed up,” Mael said, explaining how he came upon the pictures of the Harvard Students.

“So I Googled ‘Harvard College Israel Trek,’ and looked through the posted information,” continued Mael. “I was horrified to see that Harvard Hillel is a supporter, and Boston’s Combined Jewish Philanthropies is a sponsor of a trip that includes a visit to the grave of one of the world’s most notorious Jew-murdering terrorists.”

Hillel International had not responded to a request for comment before this story was published. 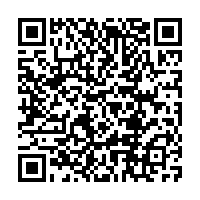