Israel is set to host the first French-Israeli Investment Conference in Paris, with 250 Leaders of the French Hi-Tech Industry, to Promote French Investments in Israel. The Conference, Set for this Thursday in Paris, is the first gathering of its kind in France.

Ziva Eger, Chief Executive of the Foreign Investment and Industrial Cooperation Authority, who will speak about Israel’s unique ecosystem at the conference, praised the interest shown by French companies: “We live in an age where international companies have realized that to succeed they must invest in innovation — a field where Israel is a leader. French companies are extremely interested in receiving information about the potential benefits of cooperation and investment with Israel. This conference is just the start of the enormous potential of investing in Israel. The Authority is here to accompany French investors from the beginning stages through their investment and beyond.”

France has undergone a renaissance in innovation over the past few years and is the leading country in Europe for attracting venture capital. In addition, France is a significant global investor – its total foreign investments reached $35 billion in 2015, making it 13th in the world.

However, when it comes to investment in Israel, France has barely scratched the surface. According to the most recent data from Israel’s Central Bureau of Statistics, investments from France in Israel (until 2014) stood at only $519 million. This, despite Israel’s position as a leading innovative country according to the World Economic Forum’s global innovation index. This conference is aimed at bolstering the potential of French investment in Israel.

The conference will focus on the fields of food tech, life sciences, auto-tech and cyber-security. It will be attended by 250 leaders from the French Hi-Tech industry, along with 15 Israeli companies and directors of Israeli venture capital funds.

Israeli chip company Valens, which earlier this month announced $60 million in funding, will be among the companies presenting their products at the automotive session at the conference. This session will be attended by leading French companies like Renault, active in R&D in Israel, and Airbus, one of the world’s largest manufacturer of airplanes. 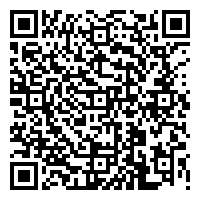