At the end of a long and tumultuous debate into the night, Israel’s government on Friday approved the extension of the lockdown until Sunday at 7 PM.

The 1 km distance limit will be lifted; workplaces that don’t receive clients will open in keeping with the purple tag regulations (with measuring body temperature, masks, and handwashing); B & Bs will open only for nuclear families; nature preserves will open, as will one-on-one services and pickups from restaurants.


The Corona Cabinet will convene again on Sunday to discuss opening the education and trade systems. As to early childhood education, it will be discussed separately by the ministries of education and health.

According to the Health Ministry’s Friday morning report, 7,168 new patients tested positive on Thursday, based on 84,055 test results. As of Friday morning, there are 1,094 patients in severe condition, o whom 326 are on respirators. 5,019 have died in Israel from the virus since the outbreak of the pandemic. 3,370,951 have received the first dose of the vaccine, 1,965,972 the second.

This is the Health Ministry’s exit plan from the lockdown, depending on the number of vaccinations:

Conditions for the first exit phase

Conditions for the second exit phase

Conditions for the third exit phase

Operating a business or an open-air space for the public in violation of the regulations will be fined as follows:

Holding a prohibited event or a limited event with a higher than the allowed number of participants:

Fines have been raised regarding the operation of an educational institution in violation of the regulations:

Ben Gurion Airport is expected to remain closed, quarantine time for passengers returning from abroad has been extended

Ben Gurion Airport is also expected to remain closed next week due to rising Corona morbidity data. In light of this and in light of the criticism leveled at him on this issue, Prime Minister Netanyahu announced Thursday that he was canceling his visit to the United Arab Emirates. This is the third time that Netanyahu has canceled a state visit recently.

The government on Friday approved the extension of the quarantines in hotels for passengers returning to Israel from all countries of the world. The extension will be until Feb. 21. The duration of the isolation is 14 days without a Corona test or ten days for those who received two negative Corona tests. Vaccination-card holders who have received both doses of the Corona vaccine are not required to be quarantined. Requests for exceptions will be examined before a committee of the Health Ministry at Ben Gurion Airport. 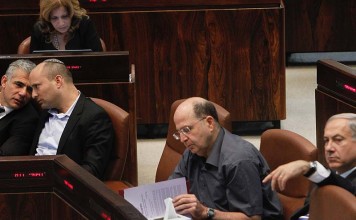