Tamer Nafar, an Israeli Arab rapper, actor, screenwriter, and social activist, was dropped on Thursday by Israel’s Ministry of Labor, Social Affairs and Social Services headed by Minister Meir Cohen (Yesh Atid) from a campaign that encourages Israeli Arabs to contact the authority if they have been assaulted.

“Were you hurt? Were you attacked? Tamer Nafar has something to say to you,” the campaign video featuring the popular rapper urged viewers. “For assistance and advice call *9519 (Arabic) or 118 (Hebrew).”

Otzma Yehudit Chairman MK Itamar Ben-Gvir wrote a letter to the Welfare Minister Cohen, warning him: “The State of Israel has enlisted for an official campaign, using taxpayers’ money, an anti-Semitic supporter of terrorism who has called for its boycott. This is nothing but a spit in the face of the Israeli public.”

Ben-Gvir explained that “this is an extremist, nationalistic, and instigating musician, known for his anti-Semitic and anti-Israel messages, who openly supports BDS, a movement that calls for boycotting the State of Israel, and defines himself as ‘a Palestinian with Israeli citizenship’ while comparing Israel to the Nazis.”

In 2001, Nafar and his band DAM (Da Arabian MC’s) issued their song “Who is the terrorist,” accusing Israel of terrorism against the Arabs, Justifying Arab terrorist acts, and even comparing Israel to Nazi Germany.

MK Ben-Gvir noted that “Nafar was documented about two years ago during a performance in the United States saying ‘I cannot be anti-Semitic alone, let’s try it together.'”

In response, Welfare Minister Cohen issued a statement saying that in light of the information that MK Ben-Gvir had passed on to him and detailed in his letter, Minister Cohen instructed his people to stop the item that was shared on the ministry’s website, and in the future to show great sensitivity to anything related to collaborations with parties whose very participation can lead to harm to the Israeli public.

So it’s all good. MK Ben-Gvir praised Minister Cohen for taking the proper action, saying, “Let every Israel-hating artist know that it’s impossible to spit on the state and our soldiers, incite, defame, and slander on the one hand and on the other lead a campaign on behalf of a government ministry. Those who hate the IDF and the people of Israel do not deserve to receive a campaign from the State of Israel.” 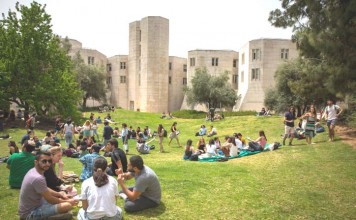 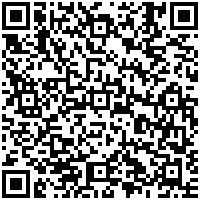